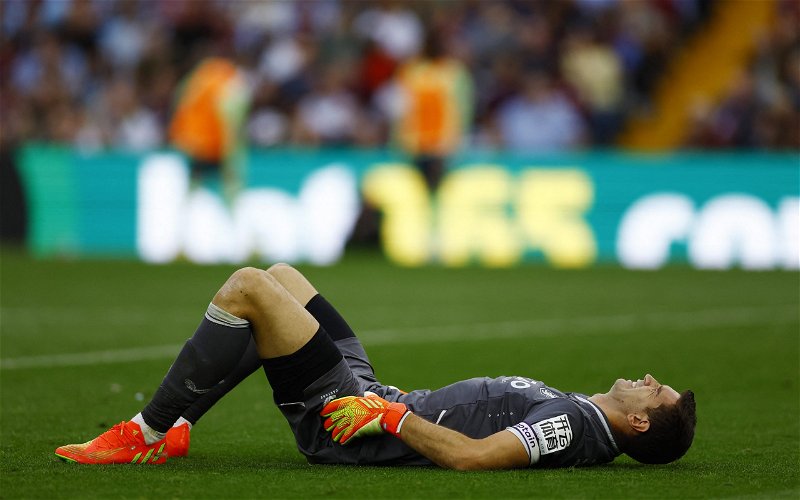 The Athletic’s Dan Bardell has given his verdict regarding Aston Villa’s Emiliano Martinez missing their upcoming Boxing Day clash.

The Argentinian has just come off a superb World Cup campaign, but it means that the player won’t be back until ‘next week’, according to Unai Emery.

This leaves Villa with a goalkeeping issue when they face Liverpool, as it’s been reported that Robin Olsen has suffered a knock, so it’s touch-and-go as to whether he will be able to play. 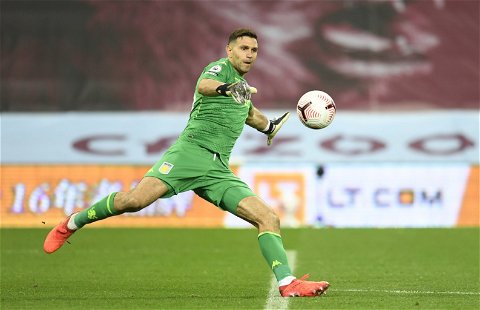 Speaking on The Villa View, Bardell stated that Martinez’s absence is a ‘huge blow’ for the team as Emery may need to dig deep into the club’s goalkeeping reserves for the visit of the Reds.

He said: “It turns out that he probably isn’t going to be playing on Boxing Day, which is what I took away from the press conference.

“Whoever’s in goal, it sounds like Olsen’s got a knock as well so it could be down to fifth-choice goalkeeper being in goal at this rate when you think about who’s on loan and Jed Steer not being back as well. It’s a huge, huge blow anyway, the loss of Martinez.”

We believe that the situation puts Aston Villa in a very tricky situation, as you don’t want to risk rushing Olsen back too quickly from his knock but the other options at their disposal are very scarce.

We think the Swede shouldn’t be risked if he’s not fit enough to play as it could aggravate the knock even further and lead to a longer-term problem between the sticks. Also, his performance could be severely affected and Villa could well end up getting hammered should they have an injured ‘keeper against a Liverpool side potentially smelling blood as they look to reignite their season.

Olsen has endured a tough time when called upon, as he’s let in eight goals across his two appearances this season. He’s conceded four goals in the Premier League and the same tally in the Carabao Cup.

However, the mid-season break due to the World Cup will have given Olsen time to work hard and improve his game over the last month or so.

Villa fans will be keeping their fingers crossed he will be available for selection against the Reds, and if he’s not over his injury, it could mean that an academy goalkeeper may have to fill the void while Martinez takes an arguably well-deserved break.