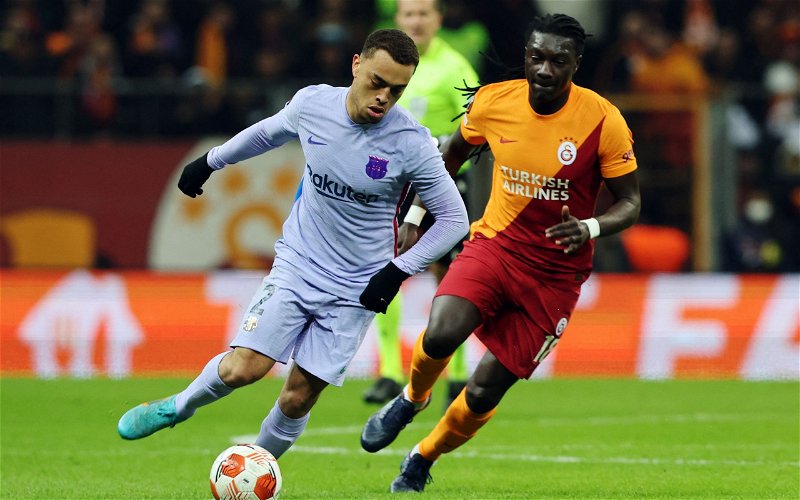 The final score finished 1-1 with the two sides sharing the points. CBS Sports in their match ratings gave Dest a ‘6’ rating for his display at full-back.

In addition, the 22-year-old picked up a yellow card during the match. However, in the same report they labelled the decision to give him  yellow as ‘harsh’.

After 74 minutes on the pitch, Dest was replaced by Inter Miami’s DeAndre Yedlin. Gareth Bale would then net an equaliser from the penalty spot 8 minutes later.

CBS Sports writer, Roger Gonzalez had this to say about Dest’s performance, ‘Rating: 6.

‘Picked up an early yellow card, but it was harsh. On the ball, his touch was off at times, but he was solid for the most part. There were moments when his defensive positioning was questionable.’

We believe that Dest’s performance has in a lot of ways, mirrored his form from this season. The American is currently on loan at AC Milan.

His time in Italy has been relatively okay. He’s got an average rating of 6.54 on Sofascore for the Serie A side. So in many ways his performance for the USMNT has been very reflective of his campaign with AC Milan.

However, Dest is still a very young player, he’s only 22-years-old. Leeds were interested in signing the full-back earlier this year according to one report.

He’s a player that manager Jesse Marsch should keep an eye on. He’s been on the books at Ajax and is currently a Barcelona player, so there’s talent in there.

Having said that, a lot of clubs will likely have their eyes on Dest. In that previously mentioned report, Manchester United were offered him earlier this year.

So, if Leeds are to look for new full-backs in the near future, they may have to keep their options open.