Injury expert Ben Dinnery has claimed that Tottenham Hotspur forward Harry Kane should be fit to play this weekend amid fatigue concerns.

During the week, Spurs were dumped unceremoniously out of the Carabao Cup as they fell to a 2-0 defeat away from home against Nottingham Forest despite playing a strong starting team.

Indeed, Kane even played for about an hour in that game but couldn’t help his side pick up the win. On top of the frustration of the defeat, manager Antonio Conte also revealed concerns of the Englishman’s fitness. 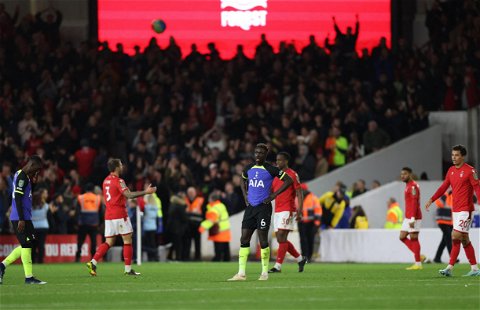 Indeed, he told the media (via Daily Mail) that his star striker pulled up in training during the week due to fatigue and that he has been feeling ‘really, really tired’ of late.

However, while speaking on the FPL Injuries YouTube page, Dinnery said that Kane should still be ‘fine’ to play for Tottenham this weekend as they host Leeds United.

He explained (7:18): “We heard from Antonio Conte – they went really strong in the Carabao Cup, as I mentioned before, just three changes – but he keeps on banging the drum about his players suffering from fatigue, but there’s very little rotation in that.

“And indeed it was something that he referenced when he replaced Harry Kane. He said even in the build up to the game, it didn’t look great and training, he is feeling a lot.

“However, he did play down any concerns with regards to an injury as it purely being fatigue-related. So again, we expect him to be fine this weekend.”

Unsurprisingly, Kane has been integral to Spurs’ plans this season and has consequently started every Premier League game and every Champions League game so far as well as this latest cup tie (via Transfermarkt).

And so, with just one game left before the winter break, it seems unlikely that he would be left out of the team now even if he has been showing concerning signs of bad fatigue in training.

Of course, while Kane may get a rest from playing for Tottenham, he won’t get a rest from football with the 2022 World Cup on the horizon. Indeed, as England captain, he will be expected to start pretty much every game.

With the tournament starting in less than a few weeks – the Three Lions play their first game against Iran on November 21 – it’s not as if he will have much time to recover before then either.

All in all, worrying times for the forward.

Would you have rested Harry Kane in the cup game? 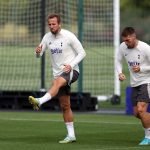 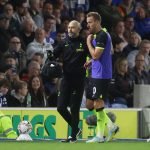