Leeds United’s American midfielder Tyler Adams has impressed in the early stages of his career in the Premier League.

This has been suggested by Tottenham Hotspur’s Matt Doherty after the Irishman spoke to the club’s website about Adams’ start to life in England.

Jesse Marsch’s men tasted defeat in their last outing before the World Cup break in north London against Doherty’s Spurs in a dramatic 4-3 loss.

Adams was actually shown a red card in the game against the Lilywhites after being shown a second yellow card in the dying stages of the game.

However, Doherty has highlighted Adams as a player who he will be keeping an eye on during the tournament in Qatar after what he has seen from his early stages at Leeds:

“Obviously, Spurs players aside, I would say Tyler Adams, USA. I’ve been quite impressed with him since he came into the Premier League at Leeds,” said Doherty.

“I thought he played well against us last time out, okay, he got sent off at the end, but every time I’ve watched him play for Leeds he’s looked energetic, competitive, good quality on the ball – a player who has stood out for me.”

It is interesting to hear Doherty full of praise for the American after a game which saw him dismissed but his statistics did indicate he performed well against Antonio Conte’s side.

Was Adams the best summer signing? 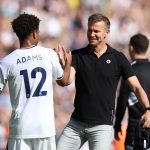 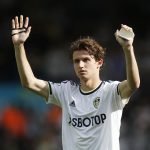 Defensively, Adams recorded three tackles and two clearances in north London as well as completing 88% of his 69 attempted passes (via SofaScore).

And it was apparent Adams did impress Graham Smyth during his display against Spurs up until he was shown the red card:

“A solid and aggressive performance but he pushed the envelope a little too far and left himself at risk of the eventual red,” Smyth wrote.

Those at Leeds will take some satisfaction in hearing their players have impressed those around the league, however, they will be hoping this does not lead to potential transfer interest in the upcoming windows.