Journalist Jonny McFarlane wouldn’t be in favour of Kjetil Knutsen being appointed as the new Rangers manager.

The Light Blues are hoping to appoint a new head coach after sacking Giovanni van Bronckhorst on Monday morning.

With a nine-point gap to make up on their rivals Celtic, the Glasgow giants seemingly feel this is an opportune time for a change in the dugout. 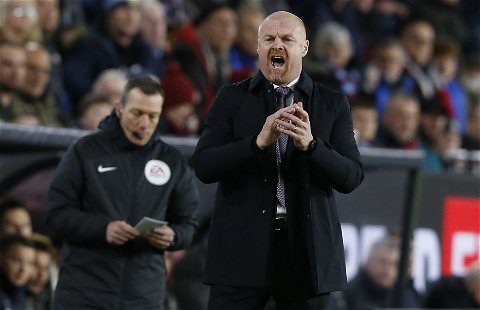 'Would do great' - Presenter names 'unbelievable' manager for Rangers

The Scotsman have compiled a list of six potential candidates to succeed the Dutch coach with Michael Beale, Steven Gerrard and Sean Dyche all mentioned.

Bodo/Glimt’s Knutsen is also included having been one of the favourites to take the role at Brighton earlier this season but McFarlane is opposed to the idea.

Speaking on the Rangers Review he said:

(40:28)“He’s done remarkable work up there in the Artic Circle where its’s not a place where it’s easy to attract players.

“His coaching career outside of Bodo/Glimt is teams you’ve never heard of unless you’re a football manager expert.

“It can be a marriage between the perfect philosophy and Rangers and not work because of the personality and I would have serious reservations about that aspect of going out and getting a guy like Knutsen.

Knutsen has led his Norwegian side to back-to-back league titles averaging 1.95 points per match since arriving at the club in 2018.

In Europe Bodo/Glimt have also made their mark too humbling Jose Mourinho’s Roma 6-1 and thumping Celtic 5-1 on aggregate in the Conference League play-offs last season.

However, despite the 54-year-old’s clear tactical prowess we don’t feel that the Bears would be willing to take a gamble given that van Bronckhorst’s appointment didn’t work.

They will perhaps look to appoint a name more familiar on these shores even though their city rival’s latest eyebrow-raiser with Ange Postecgolou has paid off tremendously.