Pundit Stephen Craigan has criticised Rangers and Croatia left-back Borna Barišic for not being able to defend his back post.

Craigan was speaking on the BBC’s Scottish Football Podcast following the Gers’ 2-1 Premiership defeat at St Johnstone on Sunday.

The defeat means that Rangers are now seven points behind the league leaders in the race for the title, having already been knocked out of Europe this season. 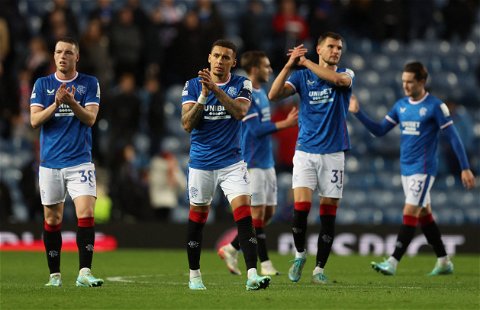 Barišic was caught behind the Saints’ Nicky Clark for the home side’s second goal, with the full-back only able to stand and watch as the striker prodded home after peeling away from the Croatian.

And Craigan has criticised the defender – who was previously been described as “exciting” by Rangers sporting director Ross Wilson – for allowing that type of incident to occur from a cross time and time again.

“How often does Borna Barišic have his shoulders closed when there’s a cross coming in from the opposite side of the pitch, and a player gets in front of him and nicks the goal?

“He’s 29 years of age, and I’m not blaming him, but I’m just talking about an individual who is 29 years of age. If you haven’t learned by that age, you’re never going to learn. He can’t defend his back post.”

We agree with Craigan’s comments and believe that a player of Barisic’s experience should be doing better.

The 27-time Croatia international has actually been a commanding presence for Giovanni van Bronckhorst’s side this season having earned an average SofaScore rating of 7.45 for his showings in the Premiership, ranking him as the club’s second-best player in the league this campaign.

However, the Dutch manager will be hoping that Barišic can cut out any more mistakes at the back post, but we would have to agree with Craigan and feel that he would have made more progress to achieving that by now if he was ever going to be capable of it.