Journalist Matthew Fulton has slammed Celtic midfielder Reo Hatate for his poor performance in the club’s most recent game.

In a midweek Scottish Premiership clash, the Bhoys made the trip to Motherwell and managed to just about come away with all three points on the night.

Indeed, Kyogo Furuhashi gave Celtic an early lead, and while Jota’s fine effort was ruled out for offside, Daizen Maeda then added a second.

However, Ross Tierney then pulled one back for Motherwell right at the death, making for a nervy end to the game, but the Bhoys managed to cling on to win the match 2-1.

Despite this win, not everyone in a Celtic shirt impressed, and Hatate was slammed for his 5/10 display in the player ratings for the Scottish Daily Express.

Indeed, Fulton wrote: “Switched off in the first few minutes and Celtic nearly paid for it. Had a few chances in the first half that forced saves. Didn’t look himself at all with very loose ball control.”

Do you think Reo Hatate was poor? 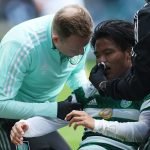 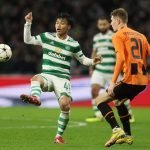 Hatate has been one of the more reliable players in the Bhoys’ setup this season, averaging a 7.02 rating on SofaScore in the league up to this stage. However, he was well below that level against Motherwell, picking up a score of 6.6.

What’s more, in the game, he lost the ball nine times, had just 40 touches (eight fewer than Joe Hart), committed one foul and failed with his only attempted cross – hardly an impressive performance.

Regardless of his underwhelming display, however, Celtic still managed to get the win and ended the night with their seven-point lead at the top of the SPFL table intact.