Celtic midfielder Aaron Mooy has been called out for his performance in Australia’s World Cup opener on Tuesday.

The Hoops maestro was part of the Socceroos time that kicked off their tournament by giving the current holder France a scare in the desert.

The Aussies took a 1-0 lead with Mooy controlling the tempo before the French flexed their muscles and ultimately ran out 4-1 winners. 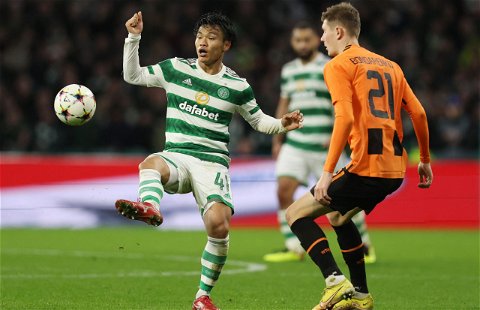 Celtic’s representative has only started eight games at club level this season and it seems as if that lack of fitness told.

Writing for 90min Sean Walsh gave the 32-year-old a 4/10 rating for his display and attached the following comment: ‘Looked leggy from the off.’

While the 53-cap ace certainly seemed knackered at the final whistle we don’t think it’s fair to say that he looked to be struggling from the start of the game.

Mooy was instrumental in the 38th-ranked nation’s strong beginning to the contest and finished the match with more touches than any of his teammates (83) according to SofaScore.

The former Brighton and Huddersfield ace completed all but seven of his 66 passes (89%) and attempted two out of two dribbles successfully.

At the base of Graham Arnold’s midfield, Mooy also put in a shift off the ball ranking second for tackles in the side (3), blocking two shots and making one clearance. Although, one perhaps slight negative was him losing the ball 13 times.

It was a fair showing from the £23k-per-week ace given the calibre of opposition.

Walsh’s comments certainly seem unreasonable although as the tournament wears on, the Bhoys dynamo’s energy levels could deteriorate given his lack of game-time prior to the showcase.