Insider ExWHUemployee has revealed that West Ham United defender Harrison Ashby will not sign a new contract at the club.

Over the past summer, it looked as though the youngster could be on his way out, with a few Premier League clubs keeping tabs on him.

Indeed, both Leeds United and Newcastle United were linked with a move for Ashby late on in the last transfer window, but no deal ever came to pass.

However, their interest was so strong because his contract was coming into its final year. Seeing as it has now been reported that he will not be extending his deal at West Ham, an exit seems almost certain.

When talking on The West Ham Way podcast, Ex explained: “Harrison Ashby returned to the fold on Thursday and was on the bench and came on in Europe.

“And I was asking what the situation is, is he going to sign a new contract? Is he likely going to be with us?

“And the response I got to that was that he has refused a new deal and he will walk out at the end of the season if we don’t sell him in January.”

Now 20 years old, Ashby has made just seven senior appearances for the Hammers, so he perhaps feels it is now time to move to a new club where he can get more regular game time.

During September, Ex even reported that Leeds had offered the youngster the role of backup right-back if he was to join, so this may have been enough to turn his head.

With the Magpies also linked, it seems as though he has a few good options. And while it’s unclear as to where Ashby will end up – and whether he leaves this winter or in the summer – it looks fairly certain he won’t be a West Ham player for much longer.

Will you be upset to see Harrison Ashby leave West Ham? 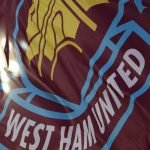