Cristian Romero has been slammed for his ‘humiliating’ display for Argentina against Saudi Arabia by club expert, John Wenham.

Speaking to Football Insider, Wenham stated that Argentina’s 2-1 defeat to Saudi Arabia will have not gone done well with their fans. Also, he couldn’t believe what he saw on the pitch from Romero and his teammates.

The Spurs defender suffered an injury in late October. The hamstring issue meant the World Cup clash was his first game back since then. 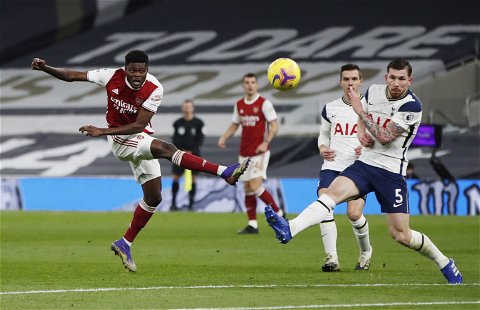 Romero has been a real miss for Antonio Conte’s side, they’ve conceded the 10th most Premier League goals so far this season.

In the 2021/22 campaign, the Argentine was one of Spurs’ most important players. Last season he featured in Sofascore’s Team of the Week, on three different occasions.

Here’s what Wenham had to say about Romero’s performance, “From Romero’s point of view, it’s pretty embarrassing if I’m being honest, ”

“He effectively saved himself, if you want to put it like that, to play for Argentina at the World Cup. His first game in there was humiliating.

“It is possibly Argentina’s worst-ever result, actually. For a country that expects so much, for a country that I have down as my absolute favourites to win this tournament, to start with a humiliating defeat to Saudi Arabia, no one saw that coming.

“I can’t imagine how they have reacted in the country. It will be seen as unacceptable, blasphemy even, to lose to Saudi Arabia.

“For Romero to get subbed off after five weeks of focusing on this, he will be very disappointed.”

We believe that it was a day to forget for Romero against Saudi Arabia. However, the player and his nation have two more games to rectify that loss and get out of the group-stage

Argentina still have Mexico and Poland to play. Having said that, based on the performance, Romero could well end up watching from the sidelines.

The South American side have other centre-backs at their disposal. This includes Manchester United man, Lisandro Martinez.

It would certainly be a logical replacement to make. This season, Martinez has really impressed in the Premier League, keeping five clean sheets.

Furthermore, it was the Man United defender who replaced Romero early into the second-half. So, perhaps that moment could be a bit of foreshadowing.