Tottenham Hotspur defender, Cristian Romero has issued an injury update and hopes to return in his ‘best form.’

Romero spoke to AS Argentina (via Sportskeeda). The Argentine sustained his injury at the end of October, but he claims he’s recovered from it now.

Despite this setback, the 24-year-old is ranked in Spurs’ top ten players so far this season, based on their Sofascore ratings. Eric Dier is the only centre-back to have a higher rating than Romero. 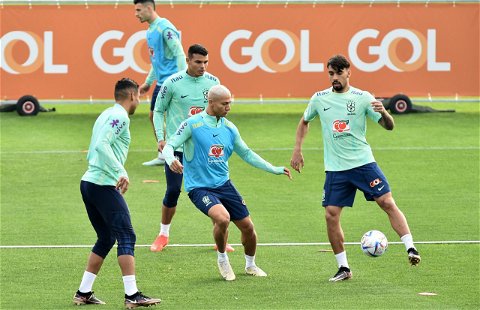 The defender has been called up to Argentina’s World Cup squad. Spurs fans will just hope he returns in one piece after he announced that he’s recovered from his injury.

He said: “This season maybe I had ups and downs in terms of injuries. When I was at my best, I got injured. I came back and had the misfortune of suffering a small tear from which, luckily, I have now recovered. But yes, I think it’s a good time I’m living. I’m happy with the moment I’ve had to go through and I hope to return in the same way it came.”

We believe it’s great news that Romero is back from injury and ready to play in the World Cup. Spurs fans will be relieved too, after all, he’s one of their most important players.

However, it’s understandable that Tottenham fans will be a little anxious watching him in action. Since he arrived in north London, he’s picked up six different injuries.

Spurs have conceded more goals than any other ‘top six’ side, with a total of 21. Romero missing a chunk of those games likely hasn’t helped.

Argentina kick off their World Cup campaign against Saudi Arabia. Perhaps manager Lionel Scaloni will opt to rest the Spurs defender. Romero’s side should be able to cope against their opposition based on their FIFA World Rankings.

Fortunately, we will get to see Romero at the World Cup. But, some Spurs fans will be biting their nails throughout the tournament in case he sustains another injury.