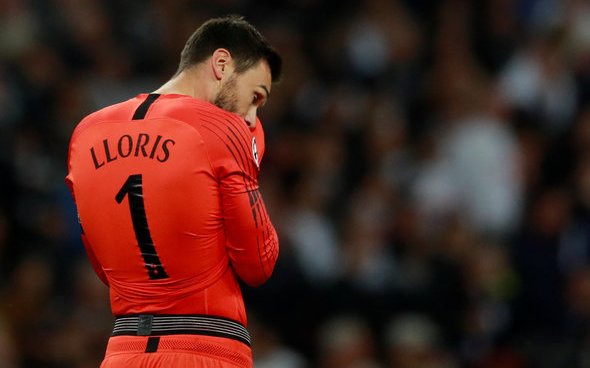 Pundit Adrian Clarke believes that Hugo Lloris will no longer be Tottenham Hotspur’s first-choice goalkeeper beyond this season.

The French shot-stopper once again came in for criticism following Spurs’ victory on Saturday.

According to football.london’s Alasdair Gold, the skipper will perhaps have been disappointed with all three goals he conceded against Leeds United.

Last week, Sky Sports’ Jamie Carragher suggested that Antonio Conte must be thinking about finding his successor amid the 35-year-old’s wilting form – and Clarke is expecting a change between the sticks sooner rather than later.

Speaking on the TalkSport GameDay podcast, he said: “This should be Hugo Lloris’ last season, shouldn’t it, really, as captain, as a first-choice goalkeeper.

“If Antonio Conte is ruthless and wants to act for the best interests of the team… I think there’s been a bit of a decline over the last few years.

“They won’t make a change in January. I think that’d be too brutal, wouldn’t it?

“But I think this summer, they’ll change it.”

After 437 appearances for the club, it appears that Lloris is on borrowed time in north London.

He was outwitted by Callum Wilson earlier in the season as Spurs fell to defeat against Newcastle United, while he also cost the side the chance of a point when he presented Gabriel Jesus with a gift to put Arsenal in front during the north London derby.

The World Cup winner is out of contract in 2024, which could suggest that this summer would be the opportune time to start phasing the 139-cap ace out of the side, despite only recently signing that extension.

Sitting on the bench and providing valuable advice for his long-term replacement seems like the most logical option moving forward and one that the club could very well make.