Sky Sports News reporter Dharmesh Sheth has hinted that Antonio Conte could well be at Tottenham Hotspur beyond this season.

Conte is under contract until the end of the campaign, and his erratic coaching career has raised legitimate concerns about his long-term future.

According to Transfermarkt, the average length of time the Italian stays in a job for is just over 14 months. 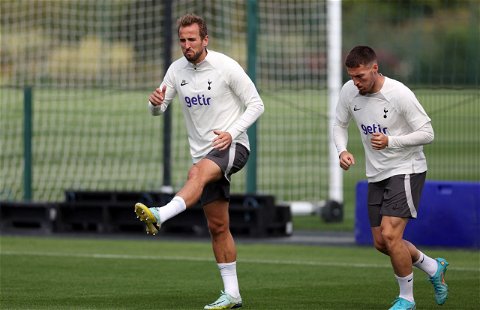 Prior to joining Spurs, Conte led Inter to the Serie A title before leaving the following summer, highlighting the uncertainty surrounding his current position.

Speaking on YouTuber Chris Cowlin’s channel, Sheth said: “I think he will want to go deep into [the Champions League] to show, look, I can do it in the elite competition in European football.

“So I think he’s still, even though Tottenham have stuff to prove to him and to make sure that they back him, I think he feels probably that he’s got something to prove as well, which is a great sign for Tottenham, and he will want to win something there.”

TIF Thoughts on Conte and Tottenham…

In the new year, the decorated manager will be leading a side out in the knockout stages of the Champions League for only for the third time.

A quarter-final with Juventus 10 seasons ago remains his best performance in the competition to date while coming unstuck in the last-16 with Chelsea back in 2017/18.

However, to make it back to the last eight, you feel the manager will need further backing in January to enhance his squad.

In order to be able to fight on three fronts in 2023, we think the former Premier League winner will require investment given the club’s indifferent form of late.

And if he is supported in the market and Tottenham enjoy a successful second half of the season, it could go a long way to keeping Conte at the club.