Sky Sports pundit Jamie Carragher has said that Hugo Lloris is “not good enough” for Tottenham Hotspur if they want to be challenging for honours.

The World Cup-winning goalkeeper has been between the sticks for Spurs for a decade now since a move from Lyon in 2012.

He has made 436 appearances for the club, but at 35, the club may now be looking at signing a replacement. 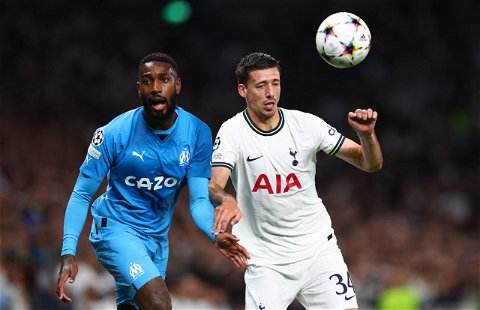 The £100k-per-week star found himself at fault for Callum Wilson’s opener in the recent defeat to Newcastle, having spilt an effort against Arsenal which led to another goal just a few weeks prior.

Speaking on The Overlap Fan Debate, Carragher said: “For me – and I’ve thought this for years – I know he’s a World Cup winner; the goalkeeper’s not good enough.

“In terms of getting Tottenham to really challenging, I don’t think he’s good enough.

“He makes too many mistakes.

“I just don’t think right now, Antonio Conte, he’s brought attacking players in – he needs a top centre-back, he needs a top goalkeeper. And the way he plays has proven successful over the years.”

Having “gone walkabout”, according to journalist Jonathan Veal against Sporting in the Champions League a couple of weeks ago, on top of his high-profile errors, we feel it won’t be long until the 139-cap ace is phased out of the team.

According to the Evening Standard, the Lilywhites have made Atletico Madrid shot-stopper Jan Oblak their ‘primary target’ to succeed Lloris in goal.

The source also suggests that Fabio Paratici and Antonio Conte are focusing on the position long-term, with the French netminder out of contract in 2024.

That would seem to suggest that they are aware of the need for an upgrade and we suggest they secure one sooner rather than later.