Journalist Josh Bunting has claimed that Steven Gerrard is not the right man for the new Rangers job after Giovanni van Bronckhorst was sacked.

It wasn’t that long ago when we were all reading about how the Englishman had been a great success for the Ibrox club, having led them to their first league title win in 10 years.

Since then, however, Gerrard left Rangers to become the manager at Aston Villa but was fired back in October after just 11 months in charge of the Premier League club.

His replacement in Scotland, Van Bronckhorst has also just been sacked amid a poor run of form. And so, taking everything into account, it’s easy to put two and two together and tout a possible reunion.

However, Bunting has warned the Light Blues not to go back to Gerrard. He wrote on Twitter: “Steven Gerrard isn’t the answer for Rangers either, won the biggest title of the lot but failed to win countless other trophies.

“The way he left at the first opportunity as well, Rangers should not go crawling back to him, have to find the right fit and be careful with this one.”

Would you want Steven Gerrard at Rangers? 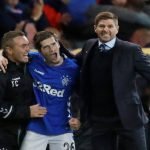 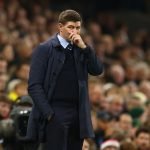 Seeing as Gerrard did leave the club in pursuit of Premier League glory with the Villans, it’s easy to see why some pundits, journalists and fans would feel as though Rangers shouldn’t welcome him back.

Still, the Englishman did do a pretty good job in Scotland. As mentioned before, he won that league title, while he also he averaged an impressive 2.15 points per game after 192 matches in charge – which is far better than Van Bronckhorst’s 2.01 after a much smaller span of games (68).

Even before the managerial position opened up, parts of the media – such as Kevin Campbell speaking with Football Insider – touted Gerrard as an ideal candidate for the job.

And so it will certainly be interesting to see how this all develops.