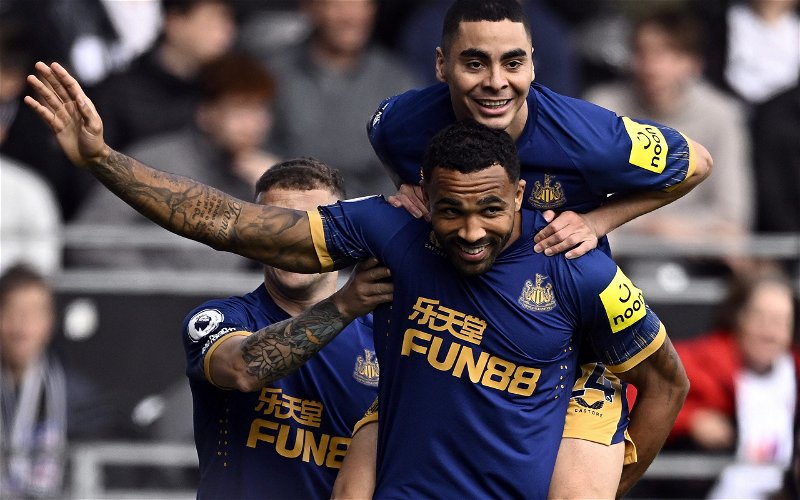 Kieran Trippier has said that he’s not surprised that Newcastle United teammate, Callum Wilson makes fun of his height. He stated on England’s YouTube channel that he’s constantly made fun of it on a daily basis because of that factor.

The Magpies full-back roughly stands at just over 5 ft. 8 in, the UK average is around 5 ft. 10in.

However, regardless of his size, Trippier has been immense this season for Newcastle. He’s got seven clean sheets and three assists from the right-back position.

It’s not just been a fantastic season for Trippier, but for Newcastle too. In the 2022/23 campaign thus far, they’re third in the Premier League and have the best defence in the league along with Arsenal, only conceding 11 goals.

Trippier claims that his teammate Wilson does give him a bit of stick for his height, but the 32-year-old is not afraid not give it back to him.

He stated, “I think it’s there to see for everyone, I’m not the tallest,

“I get it every day, I get it from the lads all the time!

“I don’t act so big, I feel like I am one of the oldest in the group so I try and help and help people around me, either at club level or international level.

“I’m not shocked by Cal saying that, why am I so small, he gives it me every day at club level. It’s a good relationship. I’ll give him it back, don’t worry about that.

“I get it from them every day, but Cal is one of those who has great banter and is great to have around the squad so I’m happy he’s here.”

We believe that Trippier has shown tremendous character with his response to the jokes about his height.

Furthermore, it’s nice to see the likes of Callum Wilson subscribe to the theory of, you give what you take. It shows how experienced Trippier is as a player and a man to simply shrug off those comments.

On the pitch Trippier is proving that despite his age, he’s still got it. This season he has an average Premier League rating of 7.73 on Sofascore. In addition, Sofascore ranks him as the highest rated Newcastle player from the 2022/23 season, so far

Say what you want about the Magpies man personally, but he proves just how good he is on the pitch week in, week out.