Journalist Craig Hope has revealed that Newcastle United players are now queueing up to do interviews after games at St James’ Park.

Prior to the takeover by PIF and the arrival of Eddie Howe as manager, things looked very bleak, with Mike Ashley not interested in progressing the club, while Steve Bruce was clearly not the right man to lead the team.

However, Howe now has the Magpies in the top four and even dreaming of an outside chance to push for the Premier League title – and that feel-good factor appears to be infectious after what Hope is now witnessing from the players after matches.

The journalist has claimed that a lot of Newcastle players are now willing and waiting to do interviews after games, which is seemingly a far cry from what it was like under Bruce and Ashley.

He said: “Just down there in the mixed zone behind us, the players were queuing up to speak to us. Wow, that’s a change, isn’t it? They used to sneak out of all the side exits and doors they could to avoid talking to us press guys. Not anymore. It is all change.” 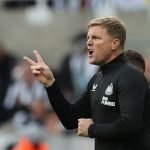 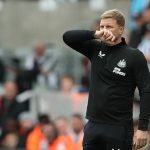 TIF Thoughts on the changes at Newcastle…

It’s the small things, such as players willingly talking to the local media, that have seen the relationship between this current crop of players and the fans blossom, as they can see they truly care about the badge and are loving their time on Tyneside.

For a long time, many players saw the Magpies as a stepping stone in their careers, with players such as Moussa Sissoko talking openly about wanting to play at a higher level, while Yohan Cabaye famously went on strike to try to force through a transfer, but that is clearly no longer the case with Newcastle sitting third in the league.

Howe appears to be getting everything right at the moment both on and off the pitch as he’s brought the group together, has claimed they all want to improve and is able to ensure they get results on a Saturday, which is most important.