Newcastle United: Downie claims club could bring in winger and midfielder in January 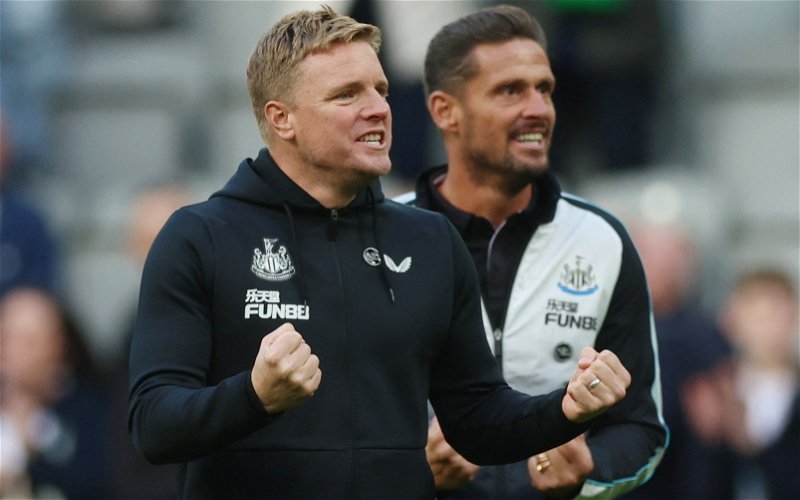 Keith Downie has told GiveMeSport that Newcastle United could bring in a winger and a midfielder in January, with one of them potentially being a loan.

The Magpies have had a fantastic start to the season, sitting third in the league. They have the best defence in the league, along with Arsenal, conceding 11 goals.

However, it looks as if they want to keep that momentum going after the World Cup. Despite being one of the top scorers in the league with 30 goals, it appears they want to bring in some more attacking players.

Here’s what Downie had to say about the Toon’s possible transfer business, “I wouldn’t be surprised to see them [Newcastle] bring in a midfielder and a winger, with one of them being a loan.

“If they can get a loan deal done, then I wouldn’t be surprised if that’s what they do.”

We believe that Newcastle are certainly not looking to slow down when the season returns on Boxing Day. It’ll be interesting to see who they sign come January.

One player who fits the bill is James Maddison of Leicester City. The Magpies have been recently been linked with the player according to one report.

The England international would certainly be a top signing. He’s got 11 goal contributions in 13 Premier League appearances.

As for as other potential targets, perhaps the Toon would look into Chelsea winger, Christian Pulisic. He’s been linked with a move to Tyneside.

He’s had a slow campaign this season only netting one goal and one assist for the Blues. However, a change of scenery could well give him the boost he needs.