Newcastle United: Football finance expert explains how much of their equity will go to transfers

Newcastle United will only be able to invest a portion of their equity injected into the club on transfers.

That’s according to football finance expert Kieran Maguire, who spoke with Football Insider on the further investment the ownership has put into the club.

Last week, it was confirmed by the club on Twitter that around £70.4m had been invested into Newcastle as they look to cement themselves as a force in world football. 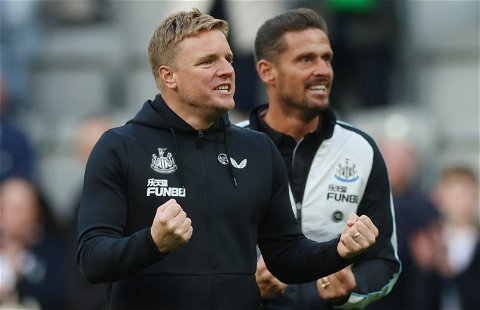 Maguire claims that the money will go into a number of different areas and not all of that money can be allocated to transfers due to Financial Fair Play rules.

The football finance expert stated: “The £70m injection of new equity into Newcastle is going to be for a number of factors.

“The club still has some way to go until it catches up with the sneaky six clubs. Having additional funds from the owners helps in that particular area.

“Not all of that can be allocated for transfer spend because of the nature of Financial Fair Play. It restricts it to £90m over three years.

“Putting cash into the club will allow for the improvement of infrastructure. This is an area that Newcastle have fallen significantly behind in because of Mike Ashley.”

We believe that in order for Newcastle to improve as a club, they need to invest in a number of elements, not just players.

Their infrastructure needs improving and seems that is the plan. There were reports back in May that the owners were planning to improve the training ground.

Furthermore, investment into the academy will be essential to their success. Not many players have come good from the club’s academy.

So it’s likely with this latest cash injection, the Magpies will be able to grow in a number of different departments.