YouTuber Mark Goldbridge believes that the criticism of Victor Lindelof at Manchester United is unjust following the side’s latest defeat.

United were beaten 3-1 on Sunday afternoon and,l remain three points off the top four as a result.

Erik ten Hag’s side were on the receiving end as Aston Villa thrived in Unai Emery’s first game at the helm. 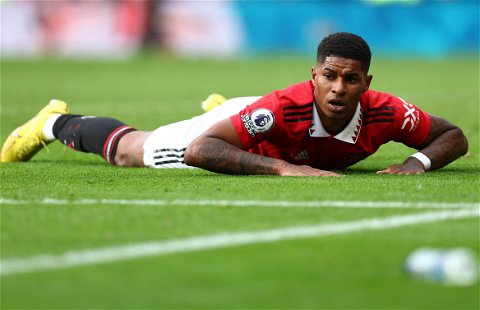 Having played against Real Sociedad last Thursday, Victor Lindelof kept his place in the starting XI.

It was just the second league start of the season for the Swede, though the Manchester Evening News awarded him a 3/10 match rating for being ‘bullied’ at Villa Park.

However, Goldbridge is of the impression that the centre-back is being made a scapegoat.

Taking to Twitter, he posted: “Lindelof cost us the game yesterday? What game did people watch? Literally not at fault for any goal. These agendas need to stop. We lost because Casemiro was playing 1 vs 3 in midfield and the entire team was off it.”

Despite The United Stand presenter’s argument, it must be said that Lindelof did struggle against the West Midlanders.

While he did complete 93% of his passes including 3/3 successful long balls (SofaScore), the 28-year-old made just one clearance and one interception.

It was a difficult afternoon for the £170k-per-week ace as it was for the rest of his team, but considering only Alejandro Garnacho (6.00) and Donny van de Beek (6.45) have averaged a lower match rating than the 54-cap ace (6.50), it is clear the defender is struggling for form this season.

Raphael Varane’s injury seemingly opened the door for the ex-Benfica star, but it wouldn’t be a surprise to see Harry Maguire get the nod in the club’s final league game before the World Cup break next weekend.