Manchester City man Julian Alvarez will think that his teammate Erling Haaland ‘doesn’t rate him’ after he gave him a dirty look during their defeat this past weekend.

That’s the view of ex-Premier League striker Noel Whelan. He spoke to Football Insider about Haaland’s performance and City’s display at the Etihad Stadium.

The Norwegian already has a whopping 18 Premier League goals to his name this season. Haaland has had a number of tremendous performances this season, including against Manchester United, where Sofascore gave him a 10/10 rating as he bagged a hat-trick. 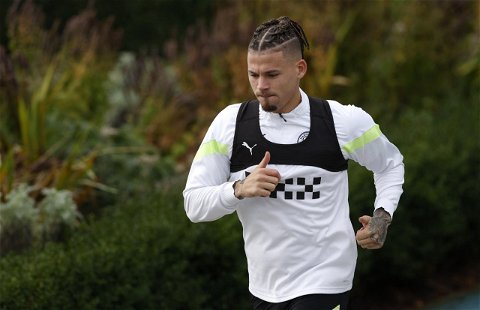 However, this past weekend, City lost 2-1 to Brentford at the Etihad. Whelan spoke about the great chance for City to take the lead which saw Alvarez delay a pass to Haaland which went behind him as he slipped.

Whelan stated: “You could see how frustrated Haaland was.

“Just look at his face when Alvarez delayed the pass and then passed behind him.

“Talk about dirty looks! Alvarez will feel Haaland doesn’t rate him if he clocks that.

“It wasn’t Haaland’s best game and he will be upset, not just by the defeat, but also by not scoring.

“Those are the incredible standards he sets, although the whole City team were off it today. Brentford deserved their win.”

We believe that Alvarez won’t take it personally. He may be only 22 years old, but we’re sure the Argentinian knows that in football, frustration and tempers can flare.

It is not surprising if a player like Haaland occasionally shows his displeasure when things go wrong as those are the high standards he sets.

If players fell out every time someone showed frustration or whenever they argued, hardly anyone would ever get on, so this is a situation that Haaland and Alvarez are probably over by now.

The defeat to Brentford will have frustrated the City players and manager Pep Guardiola, but there’s a long time to go until the season ends.

Arsenal are five points clear of Man City and the two teams are yet to meet this season. That leaves the destiny of the title well within City’s control despite their shock defeat.