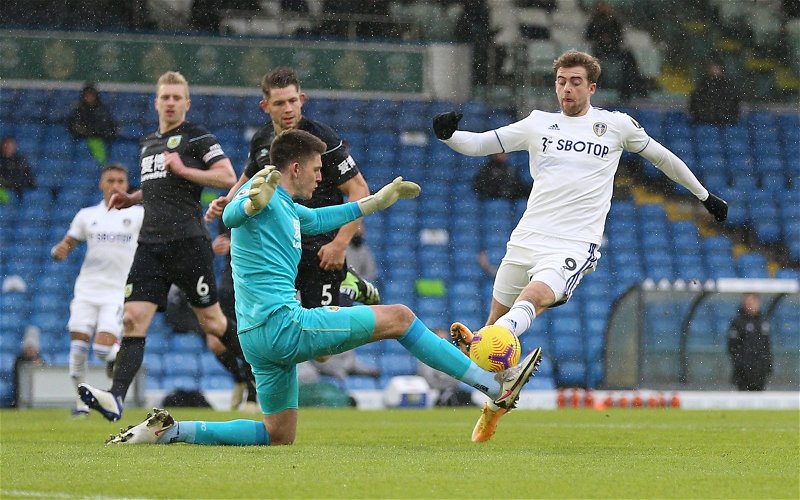 Phil Hay has claimed that Patrick Bamford could be fit to play tomorrow for Leeds United after speaking to Rene Maric.

Bamford simply can’t seemingly catch a break at Leeds as over the last 12 months he’s picked up a whole load of injuries and if he doesn’t find the back of the net on Saturday then he will likely go a full calendar year without scoring a goal in the Premier League.

The latest blow came just last week when it was confirmed the striker had picked up yet another injury, this time in training while taking a penalty, which pretty much sums up his luck of late at Leeds.

However, Hay has now claimed on The Phil Hay Show that he could indeed return against Tottenham Hotspur after speaking to assistant coach Rene Maric post-Wolves defeat.

(9:40) “You have an issue with Bamford, don’t you? We’ll see whether or not Bamford is fit for Tottenham, it was Rene Maric who did the press conference afterwards [vs Wolves] and he said Bamford might be fit for the weekend but even if Bamford is fit, it would be very difficult to start him and unlikely he would start.”

Will Bamford start vs Spurs?

It’s very clear that Leeds need to sign a new striker in January as they simply can’t rely on the England international given how easily he’s now picking up injuries and is on the wrong side of 30, so Victor Orta should have that position at the top of his shopping list.

Bamford has only been able to stay fit for one season since Leeds earned promotion into the Premier League and proved himself to be a dependable striker finishing the campaign with 17 goals which helped Leeds finish inside the top 10.

However, his past form can no longer be relied upon or looked at by Jesse Marsch, although he is the most senior and experienced striker at this level within the squad, so whenever fit he will likely be thrust back into the first team.