Phil Hay has revealed that Leo Hjelde wants to become a centre-back for Leeds United and not a full-back.

This could be slightly disappointing news for Leeds and Jesse Marsch as the youngster impressed in the Carabao Cup midweek and given their lack of options at left back, he may have been able to push or even take over from Junior Firpo.

However, given his performance midweek at centre-back alongside Diego Llorente, he looks to be very comfortable in the heart of the defence, which could mean Leeds have a natural replacement for Liam Cooper when he calls time on his Leeds adventure. 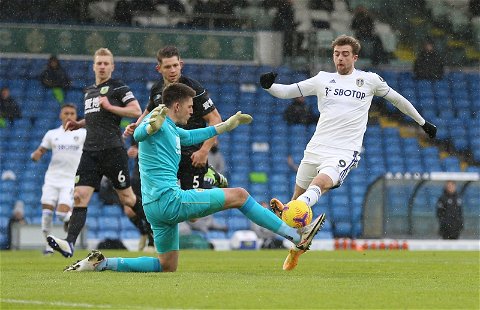 Hay’s admitted on The Phil Hay Show that if Hjelde gets his own way at Leeds he’ll be a starting centre-back instead of a left-back which is a position he’s played in the majority of his Leeds appearances.

(5:40) “I thought Hjelde did a good job at the back, I do like the look of him I think he is a centre-back rather than a left back and I think if he gets his way and plays where he prefers to play then he will be a centre back moving further down the line.

Should Hjelde be starting for Leeds? 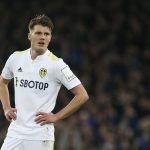 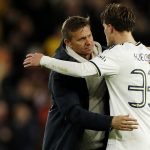 “Between him and [Charlie] Cresswell, it makes me feel defensively they’ve got some good options coming through at a young level.”

It’s a testament to Hjelde to already be making a mark on people such as Hay so early into his Leeds career as against Wolves it was only his sixth start in a Leeds shirt and already Hay believes he could be a good option for the club moving forward.

The Norwegian defender was a rather unknown quality when he arrived from Celtic in the summer of 2021 as he hadn’t played a first-team game for the Bhoys and in fact, had only made a handful of appearances for Ross County on loan during the 2020/21 campaign.

However, he looks to have shot up through the ranks under Jesse Marsch and seemingly even outperformed Llorente on Tuesday evening according to Beren Cross’ player ratings, which will only build his confidence for when he’s next afforded a start.