YouTuber Conor McGilligan has revealed that Sky Sports pundits Gary Neville and Jamie Carragher are concerned by the defensive vulnerability of Leeds United.

In recent weeks, the Whites have picked up some impressive wins in the Premier League to halt their worrying momentum and get their season back on track.

However, their best and worse qualities were perhaps most accurately summed up in the recent win over Bournemouth. Although they managed to pick up all three points in the 4-3 victory, they were trailing by two goals at one stage and on another day they could have conceded even more.

With results like that in mind, it seems as though Neville and Carragher are not fully convinced of Leeds at this stage and remain worried they could yet be contenders for relegation.

While speaking on the One Leeds Fan Channel, McGilligan explained (1:11): “So it’s interesting when Neville and Carragher were talking about the backline, I spoke to them off air, and they were essentially talking about Leeds really struggling.

“And those two have been a little bit worried about the vulnerability of Leeds United when it came to the quality of the backline, which is something I’ve said throughout the season.”

TIF thoughts on Leeds and their defence…

Up to this stage in the campaign, the Whites have let in 22 goals in 13 games, and have kept just two clean sheets in that same period – which suggests there is plenty of room for defensive improvement.

Centre-back Diego Llorente in particular has come into some heavy criticism for his displays this term – journalist Beren Cross called him ‘pitiful’ after his die shipped five goals against Brentford – and so it may just be an issue with personnel.

Perhaps Jesse Marsch will be back in the upcoming winter transfer market or maybe he will just have to make do with the defenders already available to him.

Either way, if the club are to survive relegation this season, they probably do need to tighten up at the back and start picking up a few more clean sheets.

Is the defence the biggest problem at Leeds right now? 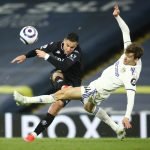 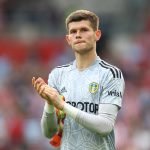