Journalist Phil Hay has slammed Leeds United defender Robin Koch after he lost the ball cheaply in the club’s most recent game.

In the Premier League on Saturday afternoon, the Whites hosted potential relegation rivals Bournemouth at Elland Road. Things got off to a great start, too.

Indeed, after Crysencio Summerville was fouled inside the box, Rodrigo fired the Whites into an early lead. However, before 20 minutes were up on the clock, goals from Marcus Tavernier and Philip Billing had the Cherries leading 2-1. 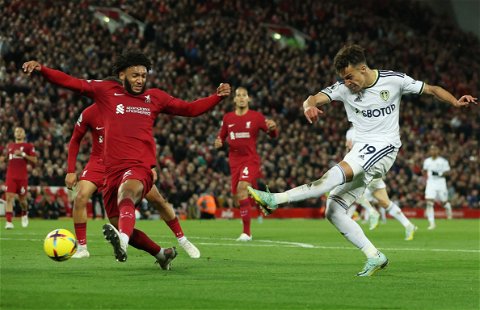 That was the score at half-time, and with Leeds already struggling, it’s no shock that the Elland Road faithful were losing their patience with their defenders.

One moment particularly seemed to frustrate the home fans, and Hay noted this as he took to Twitter to say: “Boos from the crowd after Koch gives the ball away and invites another Bournemouth attack. Been a very poor half hour.”

Things went from bad to worse for Jesse Marsch’s men shortly after the break when Dominic Solanke made it three for the visitors.

However, a stunner from Sam Greenwood gave the home fans a moment of real quality to celebrate, before Liam Cooper’s equaliser and yet another late Crysencio Summerville winner salvaged an incredible victory.

Regardless of the attacking moments, the club’s defending on the day really left much to be desired. Indeed, the Cherries had good chances to score more goals, and with Koch playing at centre-back, he has to take a fair chunk of the blame.

The German has started all 12 of the club’s Premier League games so far this season, but in that time, the Whites have kept just two clean sheets. Evidently, there is room for much improvement in that department and this was another day where their defensive deficiencies were really on display – and Koch didn’t do a great deal to help calm any nerves.

Did the display of Robin Koch disappoint you? 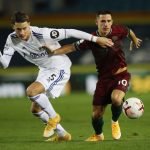 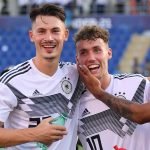