Summerville was likely in dreamland last week at Anfield as he netted a last-minute winner against the former champions of Europe a day before his 21st birthday, and it was also just his second goal for Leeds’ first team.

The Dutch winger was handed only his second start in the Premier League at Anfield by Jesse Marsch which goes to show just how much he’s impressed under the American and Hay believes he will get his first Elland Road start this weekend due to the injury sustained by Luis Sinisterra.

Hay has hinted at some early team news on The Phil Hay Show, admitting Summerville could be in line for a start vs Bournemouth.

Should Summerville start vs Bournemouth? 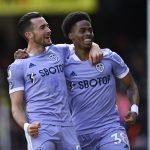 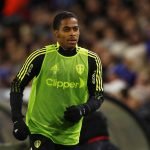 “So I suppose it does mean that kind of all roads when it comes to playing out wide probably point to Summerville after his performance at Anfield.”

While nobody at Leeds will have wanted to see Sinisterra pick up his second injury since joining the club in the summer, it will indeed offer a pathway into the first team for one of their young stars they’ve been nurturing for several years now.

If Summerville does indeed make it back to back league start this weekend for Leeds, then it will have been an incredible turnaround as he was trying to force through a move to the second tier of German football in January and is now starting in the Premier League.

It’s not just Hay and people within Leeds that are happy to see Summerville start once again, people outside of the Leeds bubble are now taking notice of the winger with Harry Redknapp labelling him ‘fantastic‘ after his Anfield goal.