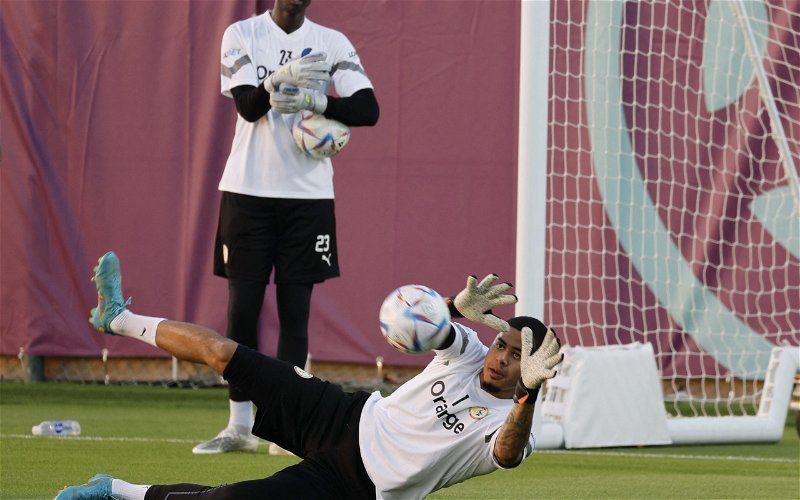 Everton could look to move for another goalkeeper either in January or the summer transfer window, with Queens Park Rangers and Senegal’s Seny Dieng being one of the names linked.

That is according to journalist Pete O’Rourke, who was speaking to This is Futbol about the latest potential transfer news from Goodison Park.

According to O’Rourke, who was writing for Football Insider, Everton are facing competition from Bournemouth, Monaco and Lille for the services of Dieng.

It is likely that the QPR stopper would act as a back-up to England number one Jordan Pickford on Merseyside and could potentially replace Asmir Begovic, who is out of contract at the end of this season.

And O’Rourke believes that Dieng has proven himself as a “top goalkeeper” in England’s second-tier.

“I think goalkeeper is an area of the team that Everton will be looking to strengthen, if not in January, then definitely in the summer.

“Asmir Begovic is out of contract in the summer, so they will definitely need some cover for Jordan Pickford.”

We think that Dieng, who has previously been dubbed as “outstanding” by former manager Mark Warburton, would prove to be a sensible signing for the Toffees, with the goalkeeper likely to be happy to act as back-up to Pickford, as well as playing in the majority of the club’s cup ties.

The four-time Senegal international has kept five clean sheets and has even scored a goal in the Championship this season according to Transfermarkt, whilst according to FBref, the 27-year-old currently has a save percentage of 67.1%, suggesting that he is more than capable of providing adequate back-up for Frank Lampard’s side.

We therefore think that if Everton can negotiate a sensible deal for the transfer of Dieng, it would be a solid addition to the squad depth at Goodison Park and would mean that Lampard doesn’t have an issue when it comes to goalkeepers.