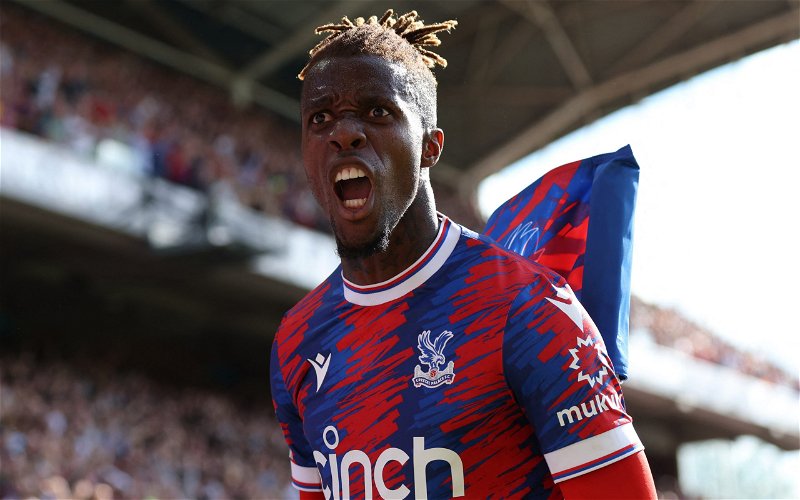 HLTCO podcast presenter Dan Cook has claimed that everything seems to be pointing to a Crystal Palace exit for Wilfried Zaha.

The 29-year-old is out of contract in south London at the end of the season and according to Mail Online he is yet agree an extension at the club.

That is despite being offered a bumper new deal with a pay hike on his current £130k-per-week wages.

Zaha is able to speak to clubs overseas come the new year about signing a pre-contract deal and according to the Daily Mail ‘there is doubt about whether Palace are prepared to significantly raise the offer’ they have made their talisman leaving Cook concerned.

Speaking on the HLTCO podcast he said:

(3:09)”The fact that we are continually looking towards a future at Crystal Palace without Wilfried Zaha suggests to me that he and his representatives have pretty much made their mind up already. You know, if you are open to signing a new deal with us, then surely a £20 or 30k-per-week pay increase would be all it would take to get him to put pen to paper, particularly with the time-sensitive nature of any contracts and the fact that he is now under two months away from being able to discuss deals with clubs outside of the UK. So everything really from my point of view points towards the likelihood that he will be moving on and it is a very difficult situation for us.”

TIF Thoughts on Zaha and Palace…

Hailed as ‘outstanding’ by well-known pundit Ally McCoist, Zaha is coming off the back of the best season of his career having scored 14 goals in the Premier League last term.

Already in this campaign, he has netted five times and grabbed one assist in the first 11 games.

He is the club’s best-performing player this season with a 7.14 average match rating (WhoScored) and leads the team for shots per game, dribbles completed and fouls drawn per 90 minutes.

As Cook has confessed losing the Ivory Coast international will be a huge blow for the Eagles and one they will find difficult to address but will at the same time need to get right next summer.