Aston Villa: Club could ‘fly’ in the second half of the season under Emery, claims pundit

Tam McManus believes Aston Villa could be a team to watch in the second half of the season, with the pundit claiming they could ‘fly’ under boss Unai Emery.

When speaking to Football Insider, McManus cited the World Cup as an important time for the players to regroup, with not many of their players going to the World Cup.

Only Emiliano Martinez, Matty Cash, Leander Dendoncker and Jan Bednarek are travelling to Qatar, which will give the squad time to train and freshen up upon their league return against Liverpool on Boxing Day. 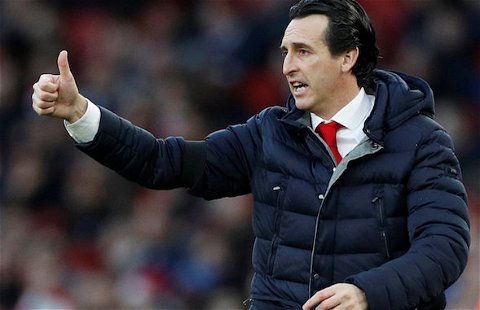 With such an impressive start, McManus thinks they can only get better under the Spaniard. Furthermore, Emery is a top appointment in his eyes and January could be where they improve as the window gets underway.

He stated: “If you think about Villa, they are two wins from two under Emery in the league.

“That’s against Man United and Brighton, that’s two very hard games and they have got six points. How long has Emery had with those players? A few days?

“Just think about how he will have them playing after he has pretty much had a pre-season with them. Most of their players aren’t going to the World Cup.

“I don’t think people realise how big this is for them. Emery is a fantastic manager and he now has six weeks, maybe five after the players have a week off, to work with this squad and get them playing a whole new way.

“They are only going to improve, then they are going to go into the market in January.

“It’s a huge few weeks for the club and if they get it right, then they could fly in the second half of the season.”

We believe that there are plenty of reasons for Villa fans to be excited about their club once the season resumes. Emery is an established manager with a great CV.

The reputation he’s established could well mean Aston Villa are able to bring in some exciting talent in January. There’s no doubt Emery’s eye for talent, as he was the manager who signed William Saliba for Arsenal.

The Frenchman has been exceptional for the Gunners under Mikel Arteta and already has six clean sheets for the club this season.

Villa are currently 12th in the Premier League, but only four points off Liverpool in 6th. So with the opportunity to strengthen in January, Emery could have Villa climbing up the league table with a few more training sessions under his belt.