Borussia Dortmund left-back Nico Schulz and his representatives have made it clear that he wants to leave the club, according to Ruhr Nachrichten BVB (via ‘BVB Newsblog’ on Twitter).

Current Bayern Munich manager Julian Nagelsmann has described the 29-year-old in the past as having ‘outstanding athletic qualities’, via Bundesliga.com.

When you look at the left-backs at Dortmund’s disposal, Schulz wouldn’t be a lot of people’s first choice. However, the has made 16 appearances for the Bundesliga side, but only nine starts this season. 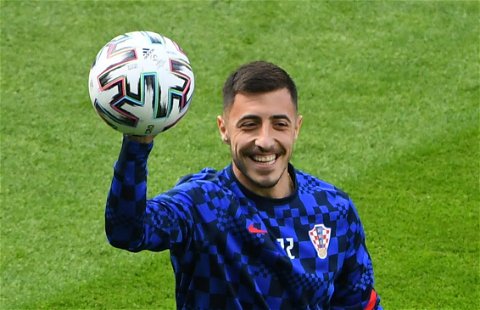 With an average of 52 minutes per game, it’s clear that Dortmund boss Edin Terzic, uses the left-back as an impact player.

So it’s understandable as to why the German wants to part ways with the club. It’s best for both parties as Dortmund get a fee for Schulz and he gets an opportunity elsewhere.

We believe that Schulz leaving the Bundesliga club is the right decision. At 29-years-old, he would be more likely to attain more minutes at another club.

He’s got plenty of experience when it comes to playing his football in Germany. So, perhaps another side in the Bundesliga would take the opportunity to sign him up.

Furthermore, he’s got international experience with Germany. This could be another factor that could attract a number of clubs to the Dortmund man.

When it comes to left-back options, Raphael Guerreiro and youngster Tom Rothe (who is injured and is expected to return in January) at Tervic’s disposal. So, Schulz’s potential departure won’t likely be a huge blow for Borussia Dortmund.