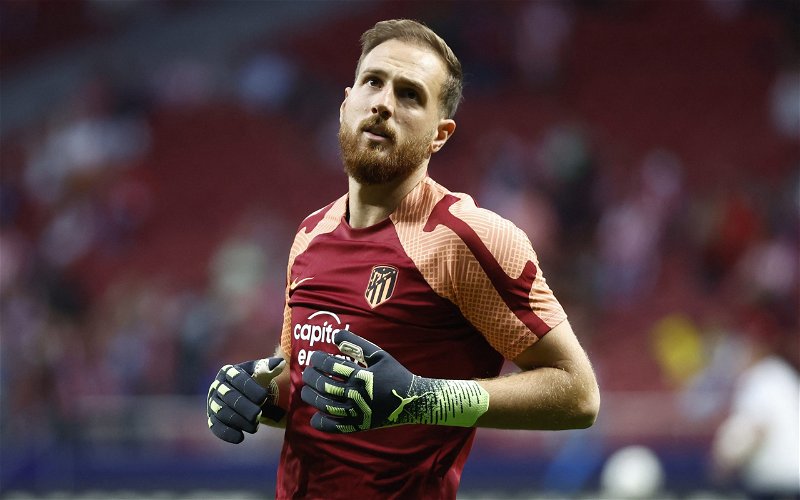 According to the Evening Standard, Spurs have made the Atletico Madrid goalkeeper their ‘primary target to be their next no.1’ and have already ‘sounded out’ the Slovenian over a potential move.

Fabio Paratici and Antonio Conte are said to be thinking about the position long-term with Hugo Lloris now 35 and his contract expiring in 2024.

He has been with the club for a decade, but it seems as if those behind the scenes are seeking a successor.

However, they may face competition for Oblak, with Manchester United also keeping tabs on the 29-year-old – but Hutton feels that Spurs would hold the upper hand when it comes to a transfer race.

He told Football Insider: “I think now, the way Tottenham are and the way they’re playing under the new manager, they’re doing really well.

“They’ve got Champions League football, which is always a bonus. They’ll need a long-term successor to Hugo Lloris, he’s 35 now. Oblak could be there for the next five, six, seven, eight years and that’s probably what they’re looking for. He’s got a wealth of experience playing at a high level, so you know what you’re getting when he comes through the door. He’ll be a leader, no doubt.

“It’ll be a difficult one to try and pick. But I think if you’ve got the opportunity to go to Tottenham and be number one, he’d want to take that.

“If you go to Manchester United and De Gea’s still there, then you’re number two for the next couple of seasons, it’s not great. So that’s why he’d possibly lean towards Tottenham.”

TIF Thoughts on Oblak and Tottenham…

Interestingly, the goalkeeper is thought to earn £53k more than the Lilywhites’ current highest earner Harry Kane, so you would imagine he would remain on similar wages if he was to join.

Previously labelled ‘sensational’ by journalist Josh Bunting, Oblak has kept a clean sheet almost once every two games at Atletico Madrid, with 178 shutouts in 361 appearances in the Spanish capital.

The one-time Benfica man is a former Europa League winner as well as being part of the Atleti side that clinched the La Liga title during the 2020/21 season.

He would bring a wealth of experience to Conte’s side having played 81 times in UEFA club competitions.

The 52-cap Slovenia ace would ensure that the Spurs defence was in good hands for the foreseeable future, and given Lloris’ howler in the north London derby at the weekend, fans may be hoping a deal can be struck.