Tottenham Hotspur: Conte may not be able to rest Kane following injuries 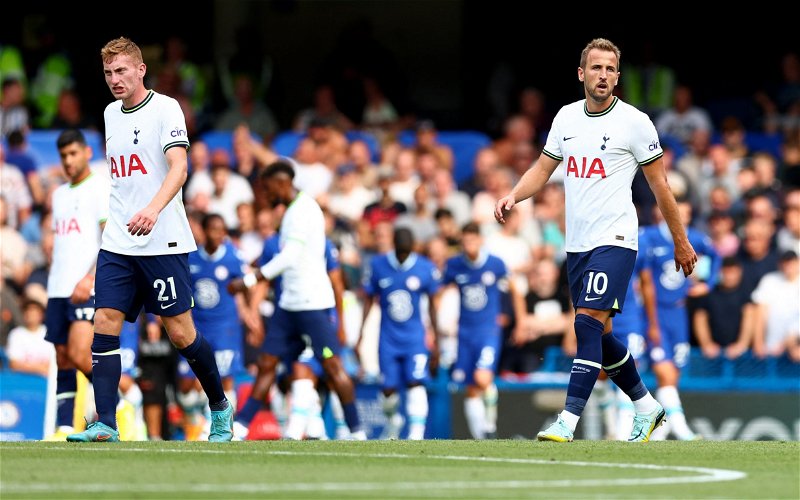 Tottenham Hotspur may be unable to rest Harry Kane if somebody like Dejan Kulusevski is injured over the next few weeks.

That is according to journalist Dean Jones, who was speaking to This is Futbol about the latest news from the Tottenham Hotspur Stadium.

Having returned from international duty with Sweden with a tight hamstring strain, Kulusevski complained of a muscle issue, which may rule him out of Saturday’s north London derby.

Should the 22-year-old be injured, that would mean that Antonio Conte’s only viable fit forward options available would be Harry Kane, Richarlison, Son Heung-min, and Bryan Gil, suggesting that the squad may be short in that attacking department should they suffer an injury.

And Jones believes that someone like Kane will not be able to get a rest during a jam-packed schedule before the November World Cup, if Kulusevski is currently injured.

“You get situations now like the one that they’re in where Kulusevski’s doubtful, and then you’re thinking well are they now shorter numbers?

“Obviously, it’s handy that Son’s stepped up just before the international break, but Harry Kane won’t be able to be rested if they have other players missing from that frontline.”

We agree with Jones and believe there is a limited amount of wiggle room below Spurs’ first-choice attacking options at the moment.

However, Conte and Fabio Paratici are in a predicament as it doesn’t particularly make sense to invest in another forward option in their front line, as they won’t have the room to fit them all in the side.

We think that the majority of the club’s fitness problems will be resolved when Kulusevski and Lucas Moura return from their respective injuries, as it would give Conte more room to choose to rest Kane in fixtures leading up to the World Cup.