Newcastle United: Mykhaylo Mudryk signing would be a sign of intent 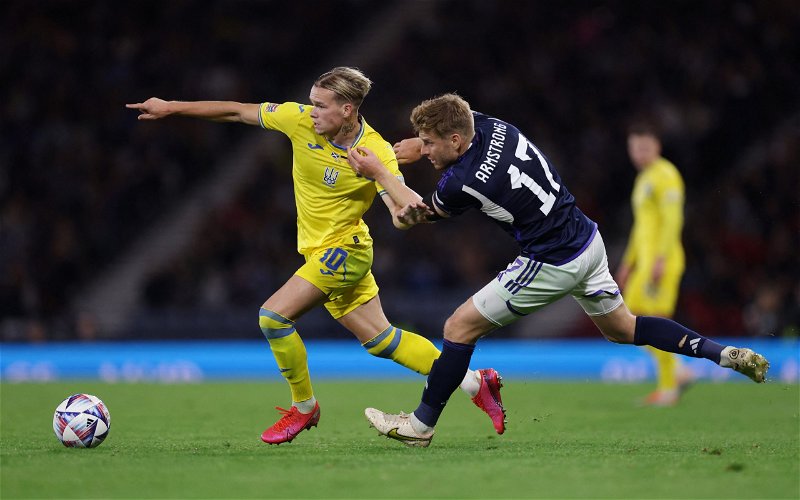 Newcastle United’s potential signing of Shakhtar Donetsk and Ukraine winger Mykhaylo Mudryk would be a “huge sign of intent.”

That is according to journalist Pete O’Rourke, who was speaking to This is Futbol about the latest news from St. James’ Park.

According to The I, Newcastle are currently weighing up a potential £50m bid for Mudryk when the transfer window opens in January.

The 21-year-old, who has previously spoken of his dream to one day play in the Premier League, has been subject to interest from Premier League clubs with Arsenal and Everton thought to be interested in making a move for the wide man in the summer.

And O’Rourke believes that the signing of Mudryk at St. James’ Park would send out a statement of intent among the biggest clubs across Europe.

“It’d be a huge sign of intent if they were to get Mudryk ahead of all these other top clubs across Europe that are chasing him.

“Newcastle are now among those clubs looking at the Ukrainian but I think Shakhtar Donetsk are not very keen to lose him right now.

“So, a deal in January might be hard to do.”

We agree with O’Rourke and believe that Mudryk’s signing at St. James’ Park would send a similar statement out to that of Alexander Isak’s £63m signing back in August.

The Ukraine international caused a stir in Europe earlier this month, when he assisted two and scored a goal for himself in a 4-1 Champions League upset victory at RB Leipzig.

Therefore, we think that Newcastle should be plotting a bid as to how to make themselves a more attractive proposition to Mudryk in January or next summer, ahead of both Premier League and European rivals.