Presenter Sam Mulliner has expressed his delight after it was announced that Newcastle United forward Callum Wilson has signed a contract extension.

Earlier this week, it was revealed that the Magpies forward would be committing his future to the club for the next few seasons as he agreed to a new two-year deal.

According to The Athletic, this will make Wilson one of Newcastle’s highest earners, while the contract also contains an option to extend it further based on a variety of unnamed ‘factors’.

Officials may have made huge Newcastle error after image emerged - opinion

While reacting to this latest update coming out of the club, Mulliner was evidently very happy with what he was hearing, taking to Twitter to say as much.

Indeed, the presenter wrote: “Great to see that @CallumWilson has signed an extension at #NUFC. A proper centre-forward who is the perfect person for Isak to learn from.”

Who will score more goals this season? 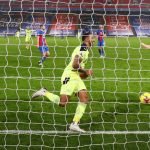 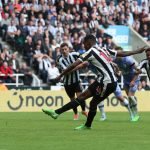 As alluded to by Mulliner, Newcastle do have club-record £63m man Alexander Isak amongst their ranks. But still only 23 years of age, the Swede is still learning his trade in the Premier League.

Wilson, on the other hand, has a wealth of experience in England’s top flight having scored 64 goals in 173 appearances during spells with the Magpies and Bournemouth.

With that in mind, Wilson can certainly teach Isak a thing or two about life in the Premier League. And seeing as the 30-year-old has three goals in four games this term, it’s safe to say he can offer more to the team beyond just being a teacher to younger talent.

All in all, it’s not hard to see why this deal will have NUFC fans rather excited.