Liverpool: Darwin Nunez to be regularly left out of starting XI – pundit 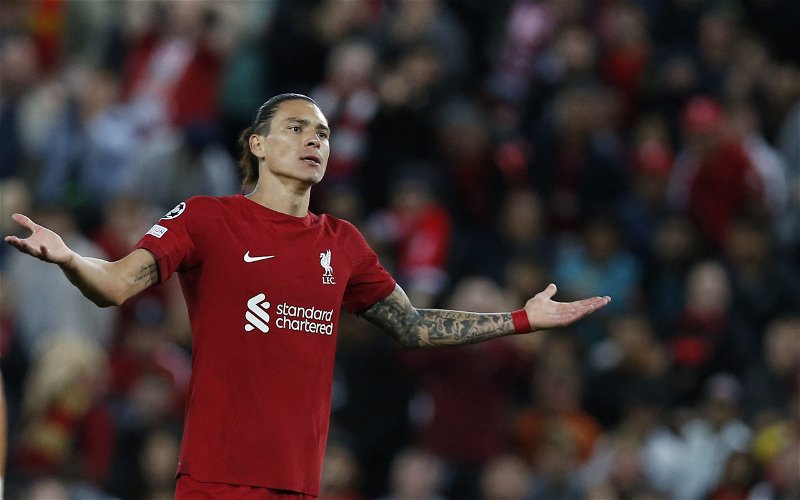 Ex-Premier League striker Noel Whelan has claimed that it could take some time before Darwin Nunez is a prominent feature in the Liverpool starting lineup.

Nunez was a late substitute as the Reds again dropped points in the Premier League.

Having gone two goals down, Jurgen Klopp’s side turned the game around, but their guests replied as Leandro Trossard completed a hat-trick to give Brighton & Hove Albion a well-deserved draw. 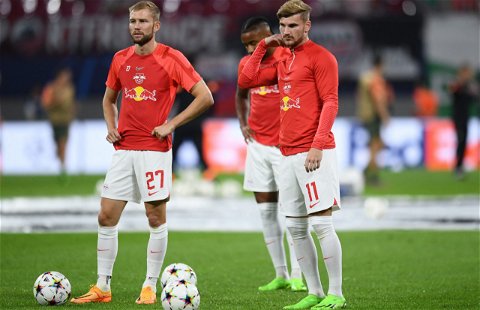 'Would be a permanent signing...' - Journalist hints at exciting LFC move for speedster

Roberto Firmino scored twice as he started for the fifth time in the league this season.

Meanwhile, a now-healthy Diogo Jota was the man to eventually replace the Brazilian as Nunez sat on the bench until the 89th minute.

According to Whelan, that could point to the Uruguayan’s role at the club for the foreseeable future.

He told Football Insider: “It says a lot that Nunez did not come on until the final minute. If Klopp trusted him and thought he could score the winner, he would have brought him on earlier.

“He obviously thought he had better options, and that’s not a surprise given Jota’s scoring record, really.

“Nunez is still finding his way in English football and that red card and suspension really set him back. It will be in the back of the manager’s mind and it will take some time for him to get the trust of Klopp. He was obviously raging over that.

“Nunez is the record signing and will need time to adapt. But it could be some time before he is a regular starter.”

TIF Thoughts on Nunez and Liverpool…

Since his club-record £85m arrival from Benfica in the summer, Nunez, who has been described as ‘a real gem’, has started just two games for the Merseysiders.

After scoring on his debut in the Community Shield against Manchester City, the striker then scored and assisted from the bench on the opening weekend of the season at Fulham.

However, a home debut versus Crystal Palace saw the 23-year-old sent off, and after starting the Merseyside derby, it appears that he has fallen down the pecking order.

He has been kept to just 177 league minutes – and with Jota’s return to fitness and Firmino leading the club’s scoring charts, Nunez could well find himself regularly left out of Klopp’s XI as Whelan suggests.