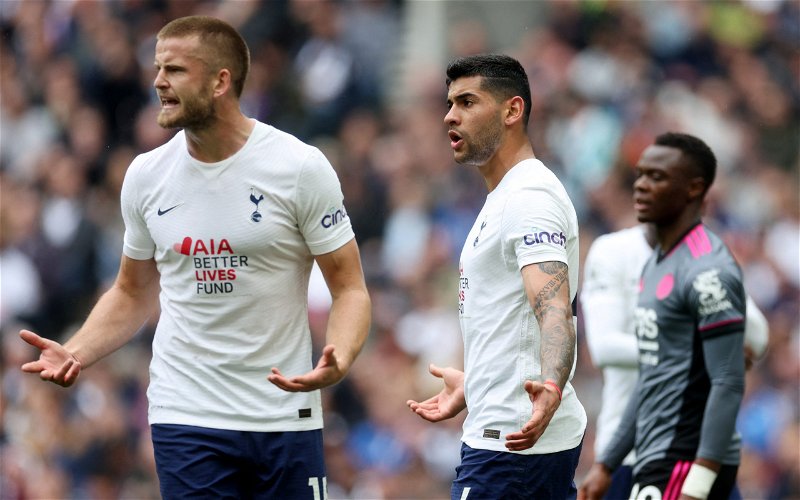 Tottenham Hotspur defender Cristian Romero left a lot to be desired in his return to the starting XI on Saturday afternoon against Fulham.

Journalist for football.london Rob Guest has slammed the Argentine centre-back for his showing against the newly-promoted Premier League side.

Romero has sat a number of games on the sideline after sustaining an adductor injury in their early draw against Chelsea last month.

However, today was the first time the 23-year-old had been made available on his return to the side and he replaced Davinson Sanchez in the starting XI.

But it was not a return to the side that Guest believes the Argentine will want to remember after playing a big role in Aleksandar Mitrovic’s late goal to half Fulham’s deficit:

“Back in the Tottenham XI following his recent adductor issue and immediately settled back in. Really should have done better in a 50-50 tackle with Mitrovic for the Serbian’s strike,” wrote Guest as he awarded Romero with just a 6/10 rating.

It is hard to disagree with Guest with Romero putting in an incredibly weak attempt to win the ball from Mitrovic in the build-up to the Serbian’s goal.

Should Romero keep his spot in the XI for Marseille? 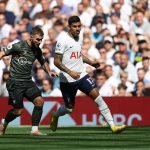 It actually wasn’t a bad afternoon for the centre-back in terms of his statistics from the game with four clearances, two tackles and three interceptions to his name, but his role in the conceded goal was massive (via SofaScore).

And it didn’t take him long to see his name put in the referee’s book for a needless foul on a Fulham man just 27 minutes into the game.

A big Champions League game is upcoming for Spurs on Wednesday and Antonio Conte will definitely be hoping the Argentine has shaken off any rust from being sidelined in Saturday’s game against Fulham.