The Lilywhites’ unbeaten run this season came to an abrupt end after they experienced a 2-0 defeat in their midweek tie, which now sees them fall to second in their group, which is wide open.

After picking up an opening win against Marseille last week, they fell to Portuguese giants Sporting on Wednesday night thanks to two goals after the 90th minute from Paulinho and Arthur Gomes. 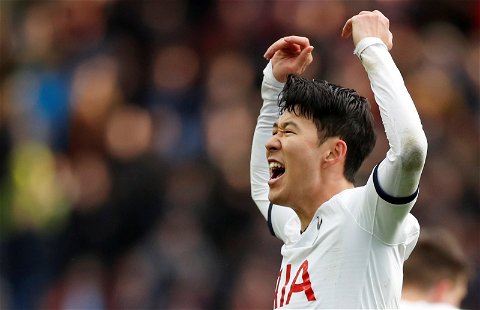 While Son Heung-min was criticised once again for a poor performance, another Spurs ace was also slammed by the media in the wake of the damning result. Gold criticised Hojbjerg for his ‘sloppy’ play, while Summerfield called out the midfielder for being ‘exposed’.

Gold wrote: “Plenty of industry put also some sloppy moments with the ball, one of which earned him a yellow card after he had to commit a tactical foul to stop a resulting Sporting attack.”

It is easy to see why the media have condemned Hojbjerg for his performance when you look at his match stats from the defeat in Portugal, where he picked up a 6.6 match rating according to SofaScore – even lower than the likes of Son and Emerson Royal.

Throughout the 90 minutes, Hojbjerg managed zero key passes while only completing 50% of his six long ball attempts. He also lost possession eight times while picking up three fouls and was dribbled past twice.

Spurs are now due to face Eintracht Frankfurt in their next Champions League clash, and the current Europa League champions will give the north London outfit a difficult game if their result against Marseille is anything to go by. If Spurs do not have players like Hojbjerg performing well, they could see themselves suffering back-to-back losses.

Should Hojbjerg be dropped?