Over the last few seasons, it has been a mixed bag of results for Rangers in the transfer market, with successful arrivals thriving in Glasgow, while others have flopped.

Calvin Bassey and Joe Aribo – who have both recently left the club – are just a couple of star signings in recent times, however, the likes of Ianis Hagi, Filip Helander and Jon McLaughlin have proved to be duds or peculiar choices, by not racking up enough appearances or good performances for the Gers.

The man behind a lot of those decisions has remained a constant in the form of Ross Wilson, and while speaking on The Press Box podcast, Grant didn’t hold back when talking about Wilson and the role he plays at Rangers.

He said: “The bit I can’t get away from with Ross Wilson is, in January when Rangers still I think had the initiative in terms of retaining, at that point, the Championship, Ross Wilson’s answer was to sign Aaron Ramsey and sign Amad Diallo when Rangers just needed a bit more to get them over the line, and that’s what you come up with, with a great explanation about how fantastic these signings were and who they beat off to sign Diallo.

Has Wilson done a good job at Rangers? 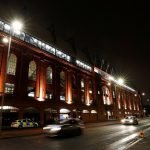 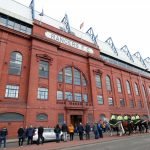 “That was a total wonder, let’s be honest. Look at what Celtic have done recruitment-wise, Celtic went out and signed Matt O’Riley, who it’s already obvious they’ll make a serious amount of money on. Rangers at that point brought in Aaron Ramsey, who contributed nothing. I think that’s the most damning indictment of Ross Wilson and his recruitment policy.”

It’s been an interesting and rather meteoric rise for Wilson to the top of football and landing such a prominent role at Rangers, as just back in 2009 he was nothing more than a press officer at Falkirk, but fast forward a number of years and he’s a sporting director at one of the biggest clubs in Europe.

Having joined Rangers in 2019, Wilson’s track record when it comes to signings is certainly less than impressive, as the likes of Conor Goldson and Ryan Kent, who have previously attracted interest from the Premier League, arrived before he did.

Now, with Rangers coming off the back of two 4-0 defeats in two competitions and having not won a game since August, it could well be a big few weeks and months for Wilson as he not only plans for the January transfer window, but also contemplates Giovanni van Bronckhorst’s future.