Manchester United: Romano reveals why deal for Osimhen was never in the works

According to Fabrizio Romano, Manchester United were never close to agreeing a deal for striker Victor Osimhen this summer.

The Red Devils splashed the cash in the summer, spending £216.3m on key players like Casemiro, Christian Eriksen, Antony, Lisandro Martinez and Tyrell Malacia, according to Transfermarkt.

One of the biggest stories surrounding the side was the uncertainty around the future of Cristiano Ronaldo. The Portugal international was linked to many teams throughout the window, including Osimhen’s side, Napoli. 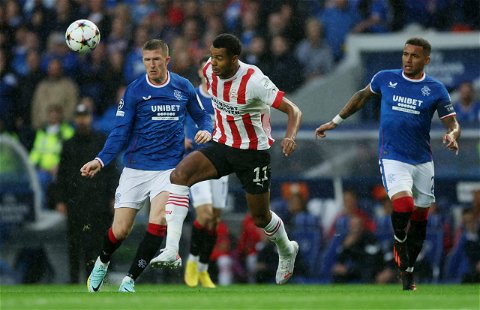 The deal was rumoured to include the Italian giants’ star striker. However, Romano recently revealed the deal was never ‘concrete’, as it would have involved United spending €100m (£87.6m) on the Nigerian striker.

Romano said: “Let me add about Napoli – we had many rumours, but there was never a concrete negotiation between Napoli and Man United to do a swap deal between Osimhen and Ronaldo. Also because the only way for Napoli was to sell Osimhen for €100m to Man United and then sign Cristiano Ronaldo on loan – so something that made absolutely no sense for Manchester United.”

While parting ways with Ronaldo could have been a huge blow for the Red Devils, bringing in Osimhen would have been a great replacement as he has shown himself to be one of the best young forwards in Europe.

The 23-year-old has picked up 30 goals and 10 assists in just 68 appearances for Gli Azzurri and already has two goals and one assist through his first six games this season. There is no doubt he is a star, but paying just under £90m for him while bringing in no fee for Ronaldo would have been a disaster.

The deal would have made far more sense if they were able to get a fee back for Ronaldo. Even if they only managed to get around £20-30m, that would help offset a large outlay on Osimhen. Despite the fact Ronaldo is still yet to start in the Premier League, we feel they made the right decision not to pursue a deal with Napoli.