Journalist Dean Jones believes Everton losing goalkeeper Jordan Pickford is a ‘massive blow’, and worries about them going into their next game without him.

After six games in the 2022/23 Premier League season, the Toffees find themselves 16th in the table having picked up just four points, with all coming from draws as they are just one of two teams without a win.

Despite the tough start, they looked to be finding some better form after they secured a massive point at home to bitter rivals Liverpool in the first Merseyside derby of the season, largely thanks to a wonderful performance from Pickford between the sticks. 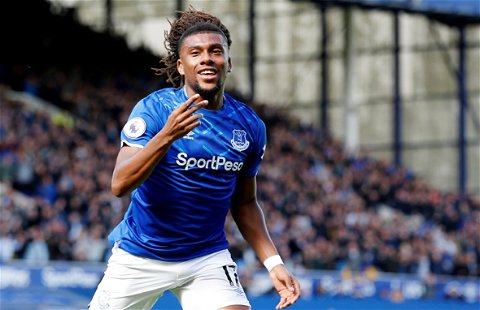 However, things have now gotten worse for the club as Pickford has now reportedly picked up an injury which could keep him out for up to a month. Jones believes this injury is a huge blow for the team and is the last thing they needed.

Jones told GiveMeSport: “It’s a massive blow. I think his presence is so significant behind that defence and I do really worry about them at a time when they still haven’t picked up a win.

“I think Frank Lampard is probably feeling like he just can’t catch a break in this job at the moment.

“Whatever way you look at it, as Everton head into their next game, the last thing they needed was to lose Pickford.”

We agree that this injury to Pickford is indeed the worst thing that could have happened to Frank Lampard’s side. He is their leader from the back and has already secured them points on his own, exemplified by his performance in the Liverpool game.

The England international had a 9.2 rating (as per SofaScore) after making eight saves throughout the 90 minutes, with seven of those attempts coming from inside the box and included a wonderful save against Darwin Nunez where he tipped the striker’s looping shot onto the bar.

After the club’s recent postponement, Everton are now set to face West Ham United, Southampton, Manchester United and Tottenham Hotspur in their next four games, and if they are without Pickford for all of these games it is going to be hard to see how they pick up any wins, maybe even points.

Luckily, they have the international break after the West Ham fixture which should allow Pickford to get healthy and return. Otherwise, the team could be staring down the barrel of a relegation fight once again if Jones’ worst fears are realised.