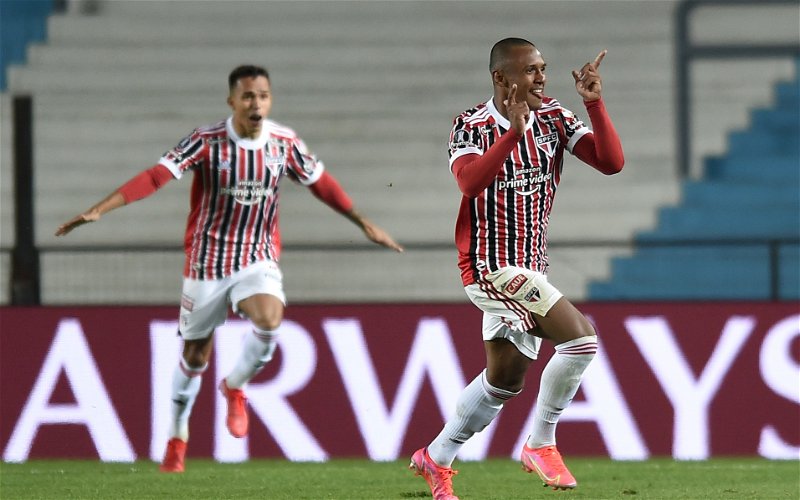 Journalist Charles Watts recently claimed that Arsenal youngster Marquinhos could make his full debut for the club this Thursday in their Europa League opener.

The Gunners have started the season incredibly well as they currently sit top of the Premier League with 15 points, and are now set to open their Europa League campaign this week – and there could be some squad rotation as a result.

While no game in Europe is easy, Mikel Arteta will need to adjust his starting side to give some rest to his key players who have been playing week-in, week-out. This next game against FC Zurich also gives him a great chance to test out some of their young stars who haven’t played yet. One player who could start for the north London side on Thursday is Marquinhos, who joined the Premier League side in July in a £3.15m deal from Brazilian side Sao Paulo.

Watts recently claimed he could see him starting or at least getting minutes in the game on his YouTube channel, stating: “In midfield, I wouldn’t be surprised if Granit [Xhaka] plays, I wouldn’t be surprised if Sambi [Lokonga] plays. Those sort of players might well be involved, but Marquinhos on the right wing – looks like he could well get a taste, either a first start or certainly some minutes off the bench.”

While we have not seen the 19-year-old in the top flight so far, he has enjoyed a great start to the season with the Under-21s in the Premier League 2, as he has picked up three goals and an assist in three games.

The Gunners have an abundance of young talent topped by the likes of Bukayo Saka and Gabriel Martinelli, so the Brazilian winger could find it difficult to find consistent game time in any other competition.

If Marquinhos can make a good account of himself in the Europa League, there is no reason why he could not force himself into the conversation to play in the Premier League or at least secure himself a loan deal that would also help his development – although the fact he has stayed in the first team suggests Arteta plans to use him as and when he is required.