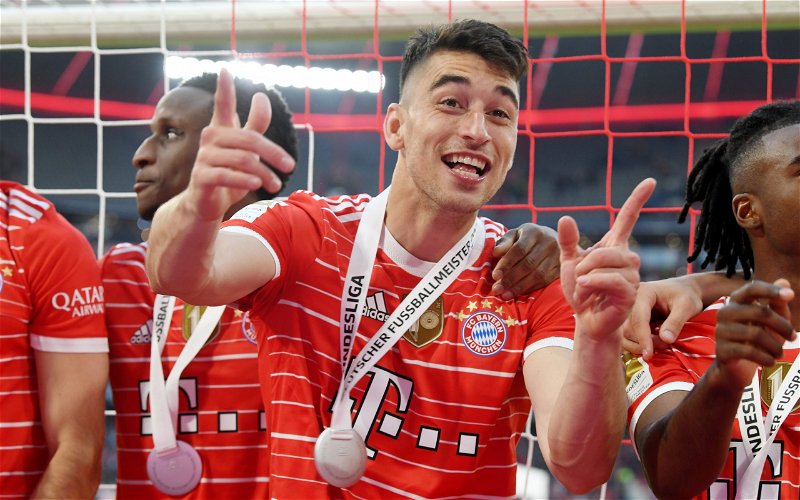 Sky Sports journalist Tim Thornton has recently claimed Leeds United midfielder Marc Roca has been one of those signings that have ‘slipped under the radar’ after his great start.

The West Yorkshire outfit splashed the cash this past summer in their efforts to rebuild the squad under manager Jesse Marsch. One player they brought in early in the window was Roca, who arrived for an initial fee of £10m.

The Spaniard joined from German giants Bayern Munich after just two seasons at the club, where he made 24 appearances across all competitions for the Bavarians, despite receiving praise from manager Julian Naglesmann for his ‘impressive’ ability. Roca has been a mainstay in the Leeds side so far, and Thornton believes that his move has not grabbed the attention that other transfers have – but he has done a great job in being a solid addition to Marsch’s team alongside fellow new recruits Tyler Adams and Brenden Aaronson.

Thornton told GiveMeSport: “Roca is probably, of those three, he’s probably been the one that sort of slipped under the radar a little bit. But he’s done a really good job for the team.

“He’s been nice and solid in there, and he’s done a lot of the hard yards and a lot of good work, maybe without sort of creating too many headlines.”

Although Roca struggled to get consistent game time in Germany, making just nine Bundesliga appearances last season and featuring for just 378 minutes, he has already eclipsed this with the Whites this season, having played in all six of their opening games – totalling 457 minutes.

Roca brings a combination of progressing the ball both with his passing and carrying ability, as he ranks in the 99th percentile for progressive passes per game and the 82nd for progressive carries compared to other midfielders in Europe’s top five leagues over the past year.

After selling a superstar like Kalvin Phillips who was loved at the club, it is fair to say Roca has a lot of pressure on his shoulders to perform well and replicate the success of the former Whites midfielder. So far, it looks like he is doing just that, and if Leeds can continue their early success this season, he will be one of the bargains of the summer.