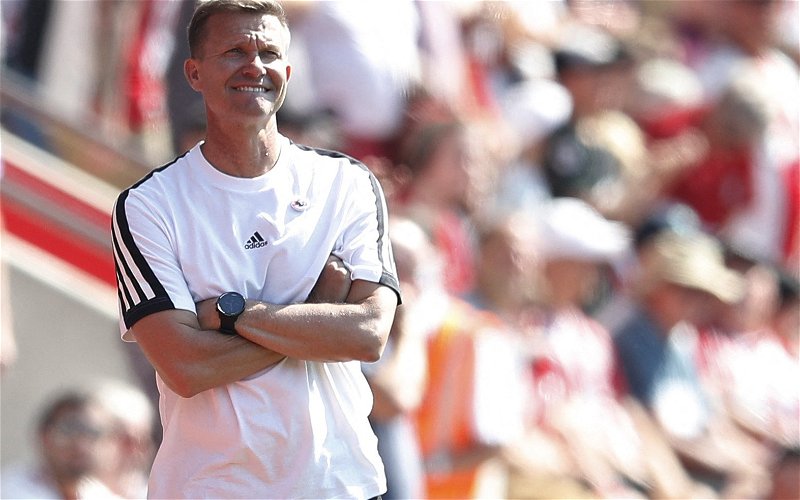 According to journalist Dean Jones, Leeds United ‘still like’ starlet Harrison Ashby and could look to bring him in during the January transfer window.

The West Yorkshire outfit splashed the cash in the summer transfer window, spending £99.13m according to Transfermarkt, rebuilding their squad in manager Jesse Marsch’s vision with the likes of Brenden Aaronson, Luis Sinisterra and Marc Roca coming through the door.

It looks like they are not done this season as they have been linked with a January move for Hammers 20-year-old defender Ashby, who was also linked with a move to Newcastle United this summer and saw a deadline day move fail to materialise, despite both clubs’ interest.

Jones recently claimed in a recent interview with GiveMeSport that the Whites are still admirers and a move could be dependent on whether the east London club can convince him he is a part of their future plans.

He said: “They do still like him. I think, from here, it’s going to depend on how West Ham decide to deal with him.

“Whether they reassess his contract situation and they can convince him of their own plans, there’s a lot to be sorted out there over the next few months.”

Despite their good start to the season, Leeds have conceded 10 goals already – the most in the top half of the Premier League – with just Bournemouth, Nottingham Forest and Leicester City leaking more across the division.

They need to bolster their defensive options, and Ashby – labelled ‘brilliant‘ during his time in the West Ham youth team – could be the perfect option for them.

Luke Ayling is not getting any younger and has been blighted by injuries recently. Meanwhile, Ashby’s young age gives him the opportunity to be moulded by Marsch. Meanwhile, he also has senior experience as he has already appeared six times for the Hammers’ first team, including their Europa Conference League play-off first leg victory over Viborg.

It is currently unknown how much it would cost the Whites to bring him in, but according to the Daily Mail, the Magpies tried to get him for £2.5m this past summer. Even if they have to pay slightly more than this, it could be a tremendous steal to bring a player of his profile in and we feel the Leeds brass need to do whatever they can to lure him to Elland Road.