Wolverhampton Wanderers would be given a boost if they were to get the signing of free agent Diego Costa over the line, but face doom and gloom if they do not.

That is according to journalist Dean Jones, who was speaking to GIVEMESPORT about the latest news from Molineux, ahead of this weekend’s Premier League clash with Liverpool.

Despite having picked up their first win of the season against Southampton on Saturday, Bruno Lage now has another striker crisis on his hands after £15m signing Sasa Kalajdzic tore his anterior cruciate ligament in the win, whilst Raúl Jiménez wasn’t risked in the fixture due to a pain in his groin during the warm-up. 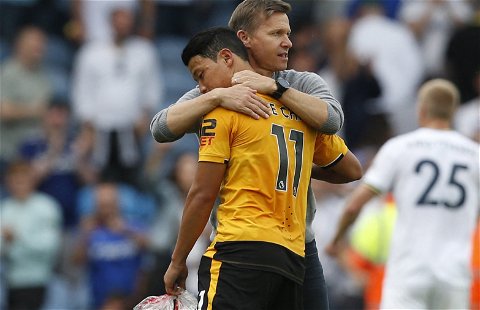 It was then reported that Wolves were looking at the signing of free agent Costa, who is expected to sign for the club after undergoing a medical.

Despite his initial work permit being rejected, the decision has now been overturned on appeal and the signing of the 33-year-old now seems imminent.

And Jones believes that the club could do with signing Costa before Saturday’s clash at Anfield, otherwise the “doom and gloom” will come back over Molineux.

“Mentally they needed a lift and they got the win against Southampton, which has given them that and then they need another one to bounce back from the news over Kalajdžic,” Jones told GIVEMESPORT.

“So, I think that to have someone straight in would definitely provide that boost.

“If they were to go into next week’s game, and they haven’t signed anybody else to replace Kalajdžic and you’re just moving people into unfamiliar roles, that doom and gloom will come back.”

We believe that Wolves fans will be desperate for Costa to sign on the dotted line as soon as possible, with the club in desperate need of centre-forward options.

Despite not playing in the Premier League since 2017, the 24-time Spain international, who has been described as an “animal” by former manager Jose Mourinho, has a good pedigree on these shores, scoring 52 goals and providing 18 assists in 89 appearances during his time at Chelsea, according to Transfermarkt.

Therefore, we believe that as an option on a free transfer, Wolves and Lage have got nothing to lose by bringing the former Atlético Madrid man to the club and that he could provide an edge that Lage’s side need upfront.