Wolves: Bruno Lage has been dealt some bad luck this season 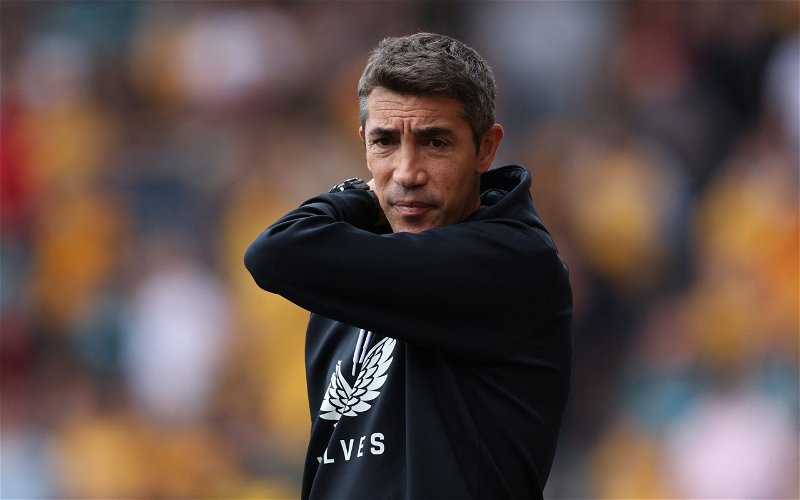 Wolverhampton Wanderers have been branded as a boring team to watch, though head coach Bruno Lage has been dealt some bad luck.

That is according to transfer insider Dean Jones, who was speaking to This is Futbol about the latest news from Molineux.

Despite winning against Southampton, it has been an uninspiring few months performance-wise for Wolves.

At times, the Old Gold have played some very attractive Football, but the sad truth is they’ve only managed to score just three goals so far this campaign.

And Jones believes that whilst the side have been “very boring” to watch at times, Lage has been dealt a slice of bad luck, especially following the knee ligament injury to £15m new signing Saša Kalajdžic.

“I’m sure there are plenty of fans out there that don’t want him [Lage] in charge and that will probably be based on the fact they can’t score goals, and they’re very boring to watch a lot of the time.

“So, it can be frustrating.

“I think you also have to accept that he had a little bit of bad luck.

“He tried to rectify the gold problem by bringing in Kalajdžic and he’s injured straightaway.”

We believe that the period of goodwill for Lage will only last so long if performances and results don’t improve in the near future.

Having opened the season with a relatively favourable set of fixtures, the club find themselves in 14th place in the Premier League, having picked up six points from a possible eighteen.

Fosun will be hoping that the former Benfica manager can provide a return on the over £120m they have spent on transfers this summer, otherwise his time at the club may be limited.

Therefore, we think that Lage will have to do everything in his power to provide both results or performances, otherwise his future in the Molineux dugout may be nearing its end.