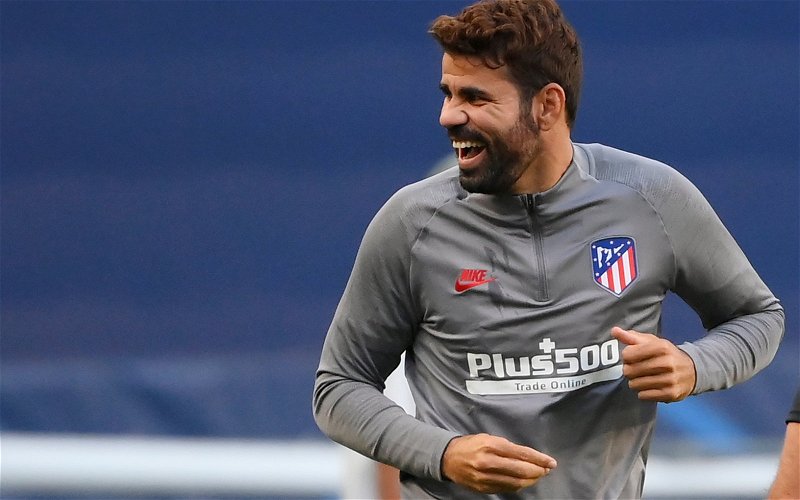 According to Alex Crook, Wolves could be waiting until after the international break to see new star signing Diego Costa take to the pitch.

Injuries have been a huge problem for the Midlands side, especially at the striker position, as we have seen Raul Jimenez miss time due to a knee injury and chronic fatigue. They also are now without summer signing Sasa Kalajdzic after he picked up an ACL injury during his debut for the club.

In order to save their season, Wolves signed former Chelsea star man Costa, who became a free agent after leaving Brazilian side Atletico Mineiro in January. However, it would appear fans may have to wait a little bit longer until they see him in action.

'The issues that we have here...' - Injury expert now drops worrying Wolves claim

During a recent appearance on the Talk Sport Game Day podcast, Crook revealed he’d spoken to his contacts at Wolves who claimed he is not match-fit and therefore could wait until after the international break before sending him out.

Crook said, “I was speaking to my contacts at Wolves and saying will he [Diego Costa] be registered in time to play, and they said well, it’s irrelevant really because he’s not match-fit. So, I think it’s going to take a while for him to get up to match fitness.

“I imagine he’ll be on the bench and maybe get a few minutes in this game, but they might decide to keep me in cold storage until after the international break.” (9:26)

TIF Thoughts on Costa to Wolves…

Bruno Lage’s men have been very unlucky so far with the injuries to their attacking players, but it is hard to see how Costa is going to bring enough to the team to cover for the likes of Jimenez and Kalajdzic.

While Costa is undoubtedly an elite-level striker, picking up 187 goals throughout his career, in recent seasons, however, he has not managed to reach even close to that kind of form. In 20/21, Costa managed seven goals in 26 appearances across all competitions and the season before he only managed five goals in 30 games.

He is now set to play in one of, if not the toughest league in world football. I struggle to see how Costa is going to have a big enough impact to take Wolves into the top ten, where they have been the past few seasons. One thing is for certain, Costa will certainly bring some entertainment with him, so it should be fun to watch no matter what happens.