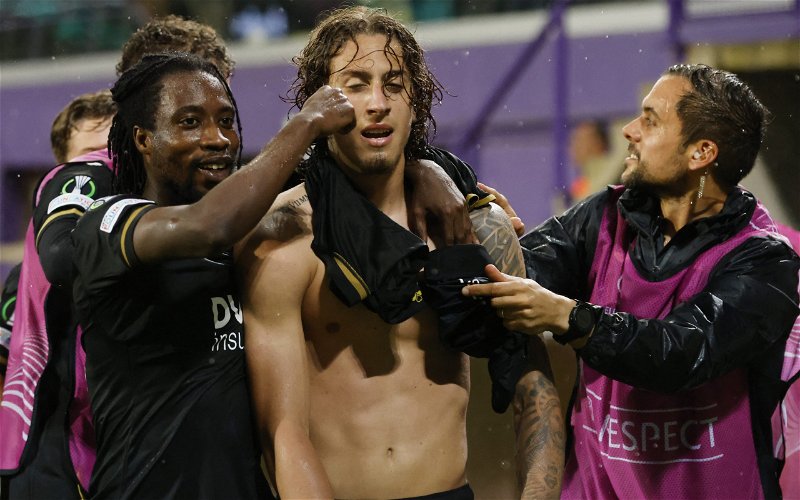 Wolves striker Fábio Silva could return to the club next summer “a much better player than he was” when his loan in Belgium with Anderlecht finishes.

That is according to the Express and Star’s Liam Keen, who was speaking about the club’s strikers on the media outlet’s YouTube channel following Wolves’ signing of Diego Costa.

Bruno Lage’s side tied Silva down to a new contract ahead of his loan move to Belgium this summer, which the club hoped would hand him a regular run of games to give him more first-team experience.

The downside to the move meant that Wolves were left with just one senior striker in Raúl Jiménez until the club signed Stuttgart’s Saša Kalajdžic, who suffered a knee ligament injury in his first game, which saw the club act to bring in free agent Diego Costa.

However, despite the panic around the club’s lack of centre-forwards, Keen believes it was the right move to send Silva out on loan to Anderlecht this season and has high hopes ahead of his Molineux return.

Keen said: “He needed it [a loan] personally, and from people I’ve spoken to, he is exceptionally happy right now – he’s playing regularly, scoring regularly – and happiness is a massively important thing for modern footballers to get that kind of confidence, rhythm and momentum that you want them to have.

“Fábio will return to Wolves next season, on a long contract still, as a much better player than he was, and a player who is starting to realise some of the potential that we know he has.”

We agree with Keen’s comments and believe that a loan move this summer has been ideal for the club’s £35m signing from FC Porto.

The 20-year-old striker has made 13 appearances for Anderlecht this season and has already scored seven goals and provided two assists according to Transfermarkt, suggesting that the eight-time Portugal U21 international will be gaining valuable experience and confidence from his loan move to Belgium at the moment.

And it is no wonder he is exceptionally happy, as he has already surpassed his goal haul of just four for Wolves in his short time away so far.

We therefore think that Wolves have made a smart move in allowing Silva to leave the club on loan, and will hope that they can reap the rewards of his experience come next season.