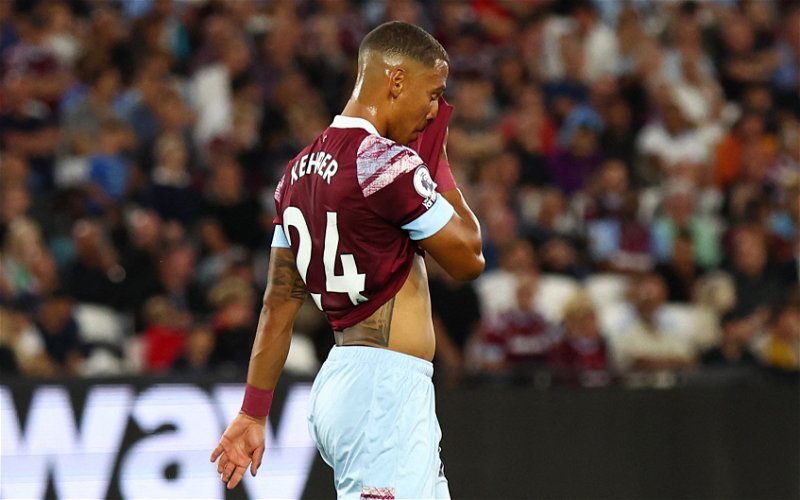 Ian Wright has slammed West Ham’s Thilo Kehrer for his poor defending during Sunday’s defeat while speaking on Match of the Day 2.

West Ham were condemned to their fifth defeat of the season and have just one win to their name in the Premier League which sees them sitting inside the bottom three with the worst record in front of goal in the entire division.

The Hammers may well have been expecting to be pushing at the opposite end of the table this season given their lavish spending over the summer which saw eight new players walk through the door, including German international Kehrer, who certainly didn’t cover himself in glory during yesterday’s defeat.

Wright picked out Kehrer for his defending just before Everton’s Neal Maupay netted the only goal of the game.

(29:45) “You look at Kehrer here, once this ball comes in because he’s fizzed it into him, at some stage, he has got to go and engage, when you look at it from this angle, he’s got to be coming in and he stops.

Have you been disappointed by Kehrer? 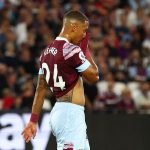 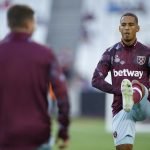 “Look at the goal, it’s a great finish because you’ve got to hit the target but you’re not meant to get that much time. I’ve got to give him [Maupay] credit for it because he has taken advantage of it, but David Moyes seeing that he can’t be happy with your defender stopping and putting your arms behind yourself and then not going in and challenging there.”

Since arriving from Paris Saint-Germain over the summer, Kehrer has had a rough time of things at West Ham giving away a penalty on his Premier League debut and now being at fault for the game-winning goal yesterday.

It was a very poor decision from the German international to not engage with Neal Maupay who was clearly lining up a shot goalwards from the edge of the area and it looked as if he shied away from the ball and perhaps didn’t want to get hit.

David Moyes won’t be happy at all to have seen the goal back and have to watch his international defender not go fully into a challenge that would have very likely stopped a goal and could have perhaps ended up earning his side a point.