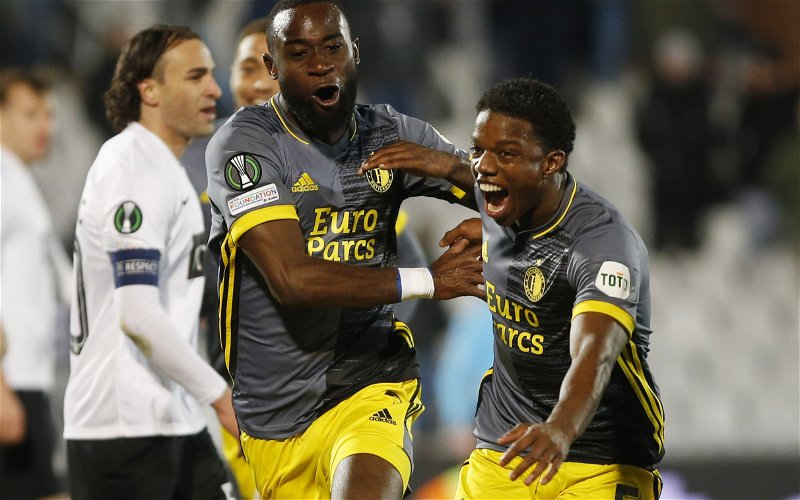 According to Fabrizio Romano, West Ham United tried to enter the race for Tyrell Malacia in the summer window before he made his Premier League switch.

The Hammers had a superb summer transfer window, bringing in the likes of Lucas Paqueta, Gianluca Scamacca, Emerson Palmieri and Nayef Aguerd among others for a whopping £163.8m, according to Transfermarkt.

However, it appears things could have been different, as the club were looking at bringing in a different left-back option to Emerson in Malacia, who recently made a move to Manchester United from Dutch outfit Feyenoord.

This news came from Romano, who recently took to his YouTube channel to state the east London club tried to hijack the deal when Malacia was rumoured to be going to Lyon, but the player opted against joining the club.

Romano said: “It was almost done to Olympique Lyon – he was ready to fly on a Monday to join Lyon and to have his medical, then Man United hijacked the move and signed Tyrell Malacia, who is already an important player for Erik ten Hag at Man United.

“But what I can reveal is that the day after the official agreement between Lyon and Malacia, also West Ham – before signing Emerson Palmieri, of course, a long time before – tried to enter into the story for Tyrell Malacia.

“They had a direct contact with the player’s side then no agreement [between] Malacia and West Ham, he decided to go to Lyon but Manchester United hijacked the deal and so changing the whole story for the Dutch left-back.”

West Ham had a hugely impressive transfer window and bolstered their defensive options, but with what we have seen so far, Malacia would have been a great addition to their backline under David Moyes.

So far this season, Malacia has played in every game for the Red Devils, including the full 90 minutes for their last four matches, all of which they have won after their two defeats to start the season.

There is still a lot of time to go before we can definitively say that Malacia would have been a better signing than Emerson, who West Ham ended up signing instead. But for now, it looks like the Irons have their eyes on the right players and are going in the right direction.