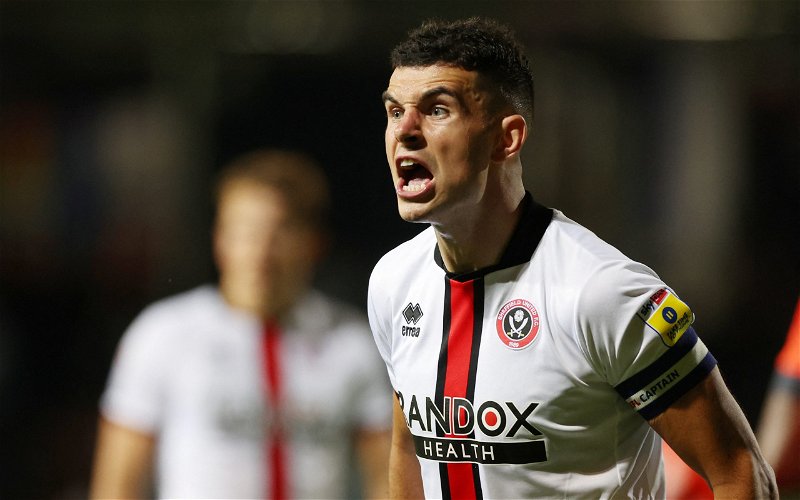 West Ham United target John Egan might not be the signing that David Moyes needs at the moment.

That is according to transfer insider Dean Jones, who was speaking to This is Futbol about the latest news from the London Stadium.

According to The Sun, West Ham are prepared to make a £12m bid to Sheffield United for the services of the Republic of Ireland centre-back in January.

The same report says that the 29-year-old was a target for Moyes before the summer transfer window shut, but a deal never got over the line.

And Jones believes that the former Brentford centre-half may not be the answer for Moyes in the next transfer window, but will wait to see if there are legs in the transfer.

“If they do sign someone, it’s undeniable that they would look for somebody with a strong background they could trust implicitly.

“But I’m not sure that John Egan’s that guy.

“I mean, we’ll have to see if there are legs in this.”

We believe that Egan, who has been described as a “leader” by journalist Kate Burlaga, would be an odd signing for the Irons to make at a price of £12m, with the defender not having played Premier League football for over 18-months when the January transfer window comes around.

At the age of 29, it’s not as if the 26-time Republic of Ireland international has much room to improve, though he is clearly highly thought of by those in Yorkshire, having made 175 appearances across two different spells for the Blades, scoring five goals and providing five assists according to Transfermarkt.

Therefore, we believe that whilst Egan could be a solid signing for Moyes this winter, we believe that the Irons should be looking at younger options for the future, rather than spending £12m on a player they will likely get no transfer value in down the line.